A few months ago I visited Pixar for a glimpse behind the scenes of the making of their smash hit, Coco. While there, I got a chance to learn about the music of Coco, and had an amazing conversation with Coco’s musical team, Michael Giacchino (composer), Germaine Franco (songwriter/arranger), Camilo Lara (music consultant), Adrian Molina (writer and co-director) & Federico Ramos (guitarist).

As they talked about the musicians they’d met in México, and the music they’d heard there, I couldn’t help thinking about my own family. The conversation really spoke to my heart. You see, I was brought up in a house full of music and musicians. Guitars, bajos and requintos filled my life with beautiful, romantic melodies. My dad and my uncles were part of a rondalla group, and my grandpa sang and played every night before going to bed. So when we saw those first images from the film and listened to the tunes they were creating, my eyes teared up and I felt a special pride in and for my Mexican music.

If you’ve seen the film (and if you haven’t, you need to ASAP), you would have noticed how important music is to the story. Not just to emote feelings, but to submerge the audience in the warmth and colors of Miguel’s Mexico. The music isn’t just background for the film, it is its life giving air.

Here are some interesting facts about the music, learned during our conversation with the filmmakers.

The Music of Coco: Fun Facts

The music of Coco can be divided into three categories:

RELATED POST: Fun Facts about the Skeletons of Coco 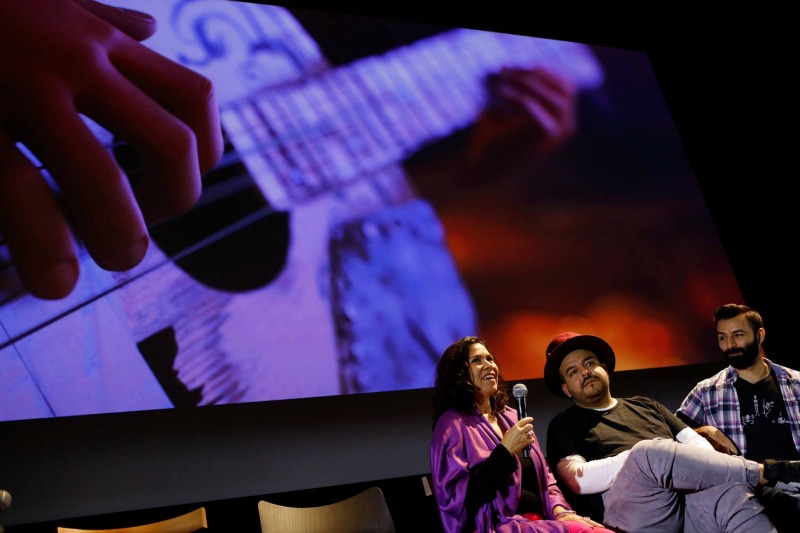 Composer Giacchino wrote the score for Coco. Scores are about translating emotions into music. He usually starts working on a project by watching a rough cut of the film and taking notes on the emotions he feels while watching it, and he did the same with Coco. He then walks away and just thinks until he feels the urge to sit down at the piano and try to pluck things out. He says, “If I cried (watching the film), I want you to cry,” the trick is figuring out how to translate that into music.

With Coco, because it’s so beautiful, there was so much to think about and create, he said. He created many specific themes for different scenes in the film, and also wrote themes for specific characters like Miguel, Héctor, as well as for the Family. He started with simple tunes on the piano to see what worked, and what felt authentic, before trying them out with a full orchestra.

The now iconic song, “Remember me,” was written by Kristen Anderson-Lopez & Robert Lopez, who also wrote original songs for Frozen.


The Coco team wanted to have a song that expressed the “larger than life,” star power of Ernesto de la Cruz. They wanted the audience to meet him at his peak. That was the genesis behind his big, Hollywood-meets-Mexico, musical number. The team added an orchestra, mariachi, and banda for the version of “Remember Me,” heard just before de la Cruz’s “bell” scene.

The song, “Un Poco Loco,” written by co-director Adrian Molina and Germaine Franco, was created for Miguel to sing at the talent show in the land of the dead. The style of music is son jarocho, with lyrics that reveal how sometimes people close to you can make you a little crazy, and, by extension, how Miguel is feeling frustrated towards some of his own family.

Here’s a video about the Music of Coco.

Finally, the team talked a bit about the iconic Ernesto de la Cruz guitar. The guitar is so important to the story that they commissioned Mexican master guitar maker Germán Vazquez Rubio to bring it to life, and man did he! The guitar is absolutely stunning and sounded terrific in the hands of Federico Ramos. 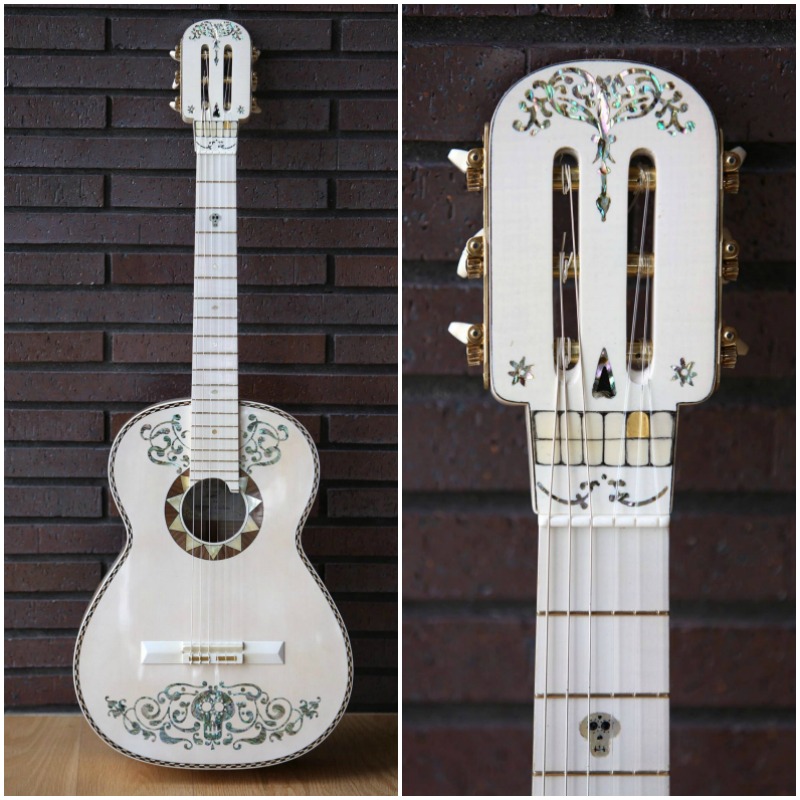 One of the things I most appreciated about Coco is the way the film moves us through music. After seeing Coco I felt like I needed to take out my guitar and start playing: A feeling I haven’t felt in a long time.

The day after the premiere, I got the opportunity to play a replica of the acoustic, Coco guitar made by Cordoba guitars. It is beautiful, too, and sounds fantastic. I think it was a great idea to create these guitars and you can actually buy one if you’d like right here (affiliate link). 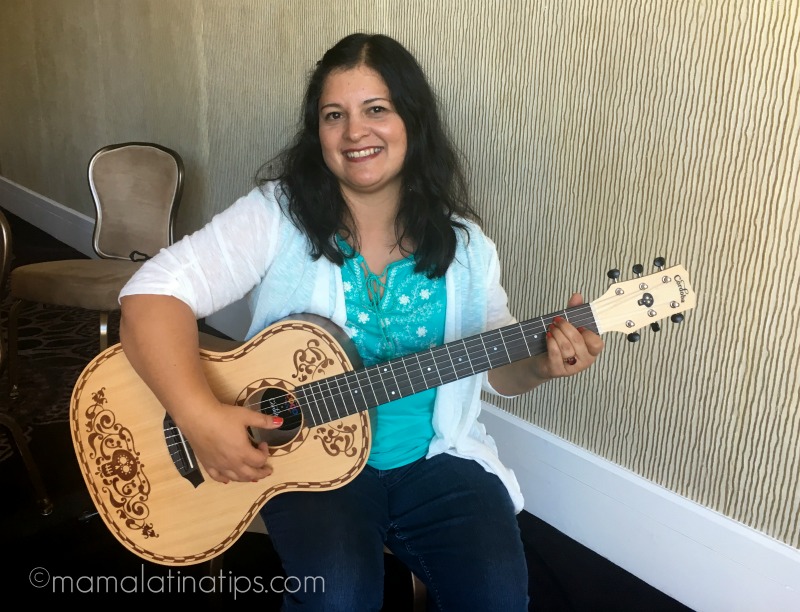 I hope you enjoy the music of Coco as much as I did.

I haven’t seen Coco, but I might need to. I thought this was really interesting to read about the behind the scenes of the music.

Thanks for your comment Mickey, I definitely recommend to watch the movie, is beautifully done and the music is really great.

I love the music of Coco! My kids and I just can’t stop listening to the soundtrack. They already know all the words by heart.

“Mama Latina Tips is a participant in the Amazon Services LLC Associates Program, an affiliate advertising program designed to provide a means for sites to earn advertising fees by advertising and linking to amazon.com.”
679 shares
wpDiscuz
3
0
Would love your thoughts, please comment.x
()
x
| Reply