Last year, I shared a little bit about the new Disney•Pixar movie Coco and how much it moved me when I got a sneak peek. Here are some behind the scenes facts, images and insights from the film, especially about animating skeletons. I have recently updated this post with new information in Oct 2018, the original post was from October of 2017.

This year, I’m encouraging everyone to watch Coco again, and at least once a year. I’m using the hashtag #CocoEveryYear to spread the word. What do you think? Who’s in? Also, if you live in the LA area, be sure to check out my post about a special viewing of Coco in the open air on Oct 20, 2018, which includes special performances. Don’t miss finding out about my discount code for the event in that post.

Coco opened in U.S. theaters on November 22nd, 2017. In Mexico, it opened in theaters on October 27th. Near the time of the opening, I found it fascinating to learn from Coco’s team of animators about the special challenges they faced bringing these characters to life, and I thought you would, too.

Each new Pixar film, of course, presents new challenges, that’s part of the fun of having the gig and living on the frontier of animation in the first place. But making skeletons look lively had to be one of the most monumental challenges they’ve faced. As always, they succeeded.

How did they do it?

Fun Facts about the Skeletons of Coco

In an interview at Pixar, Daniel Arriaga (Character Art Director), Gini Santos (Supervising Animator), Byron Bashforth (Character Shading Lead) and Emron Grover (Simulation Technical Director) told us they had never animated skeletons before and bringing them to life was difficult to say the least.

They began by studying the human skeleton, but they also studied the rest of the muscles and tissues of the body. They then started drawing simple sketches, and moved to creating sculptures.

Animators even used Mexican caricaturist Luis Carreño’s painting of “Jorge Negrete” to sketch a skeleton over it in order to see how it would look. 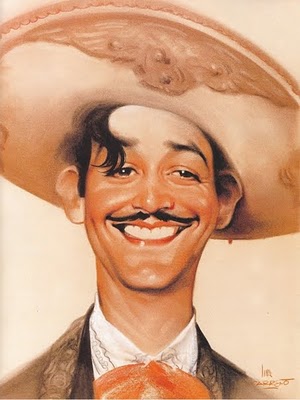 Also challenging, skeletons are lighter in weight, so animators had to study the principles of weight and balance. They researched what holds bones together and how bones move independently. These insights became vital to the film, because in it, skeletons “break” and rearrange themselves in funny ways.

One particular character, Hector, was inspired by the character Ratso, played by Dustin Hoffman in the film Midnight Cowboy. Be sure to notice how Hector walks in the film!

In order to show a range of emotions and create expressions the audience could connect to, animators made a conscious decision to break with their traditional guideline, “stay true to the materials,” by adding eyeballs and lips to their skeletons. The skeletons still don’t have tongues, though.

Another big challenge, Pixar animators had never clothed skeletons before. After running their clothing program called Collisions, they discovered the fabric would get stuck in the skeletons’ bones, or would fill in the cracks and holes of the bones. So they spent a couple of years developing a new Collisions system to handle this new challenge.

Also, since skeletons are so similar in shape and color, animators added face paint to the skulls to give each its own personality.

Here’s a chance to see them in action in the following trailer (If you are reading this post via email, to see the video, just click on the title of this post at the top of your email to go to Mama Latina Tips, thanks):

Well, I hope you enjoyed getting the chance to read about just some of the challenges animators faced in bringing Coco to life! Knowing all the hard work they put in makes me appreciate even more the achievement of this spectacular, colorful, and tender film. (By the way, you I love the music, too! Just saying!) It is truly something special.

Lovely post Silvia. I adored Coco and can watch it again and again!

How cool to know, loved the movie.

“Mama Latina Tips is a participant in the Amazon Services LLC Associates Program, an affiliate advertising program designed to provide a means for sites to earn advertising fees by advertising and linking to amazon.com.”
Scroll back to top
8shares