Over the next few days, I’m going to share several interviews from different cast members of the new Disney Pixar film, Coco. While close to my heart and my Mexican roots, Coco’s message is universal, and will be loved by all. That’s why I want to share everything I can about it. I hope you enjoy the ride.

Today I’m pleased to present an interview with the talented and charismatic Benjamin Bratt, voice of Ernesto de la Cruz in Coco (he’s the skeleton with the good hair in the photo below).

The day after the Hollywood premiere of Coco, a group of about 25 bloggers gathered together in a beautiful room at the Beverly Hilton Hotel for the interview. The room had amazing views, ample space, and we had chocolate abuelita and conchas all day long, plus pozole, tacos, rice, beans and churros for lunch. What else could we ask for? 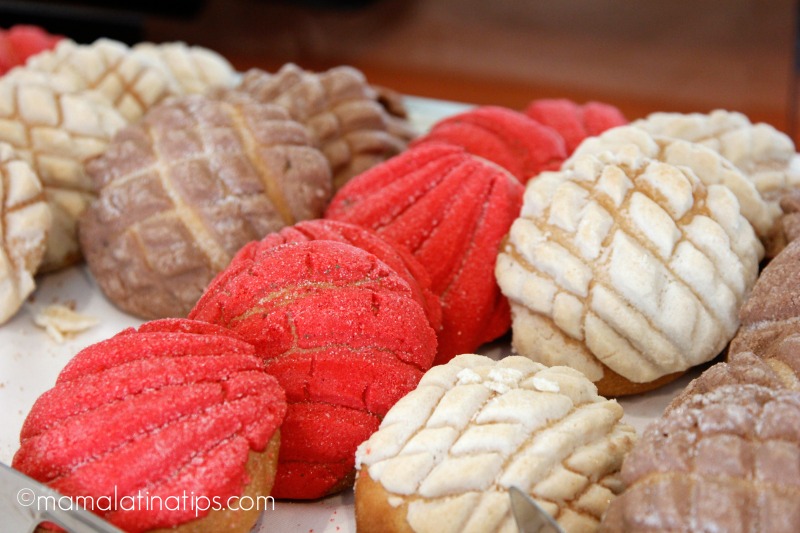 Benjamin Bratt entered to huge applause, with that big smile of his maybe even a little bigger than usual. After thanking us for the warm welcome, he said,“I feel so good today, because I went to the most remarkable premiere last night. I’ve been around the block a little bit and that was probably the most spectacular, most heartwarming, most fun premiere I’ve ever been to.”

And I agree! Check out our experience on the Cempazúchitl Carpet Premiere here. 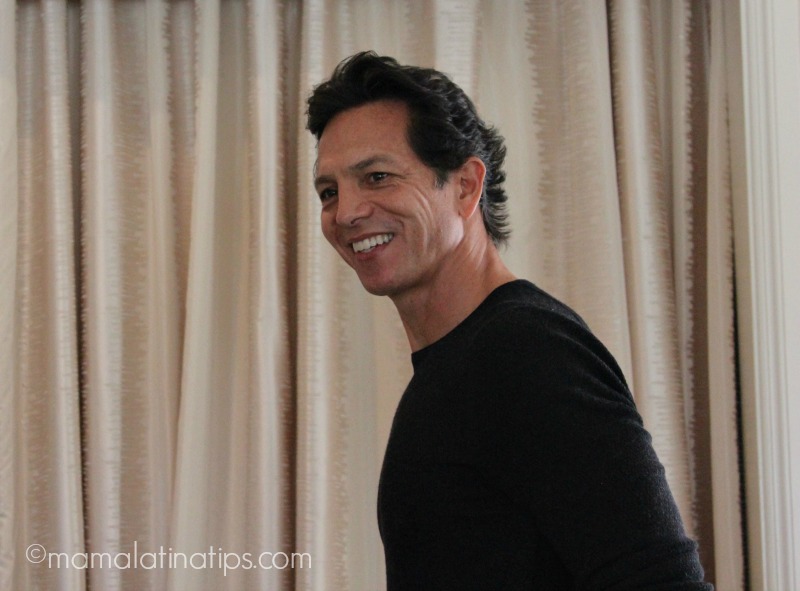 Hollywood premieres bring diverse people together who’ve worked on all aspect of a film. Typically, it’s the first time the cast has seen the film in its entirety. Bratt had just seen it for the first time along with the rest of us. This made the interview even more special and fun I think.

Bratt was very struck by the artistic beauty of the film. When asked if there were a moment in the film that made him cry, he answered:

“A moment? There were a handful of moments. One of my favorite scenes in the film… is the one where Eddie Olmos plays Chicharrón.“

I would love to tell you more of what he said about that specifically, but it would be a huge spoiler. It is an emotional and pivotal moment in the film and just thinking about it still brings tears to my eyes, so I won’t spoil it for you. You have to see it for yourself. 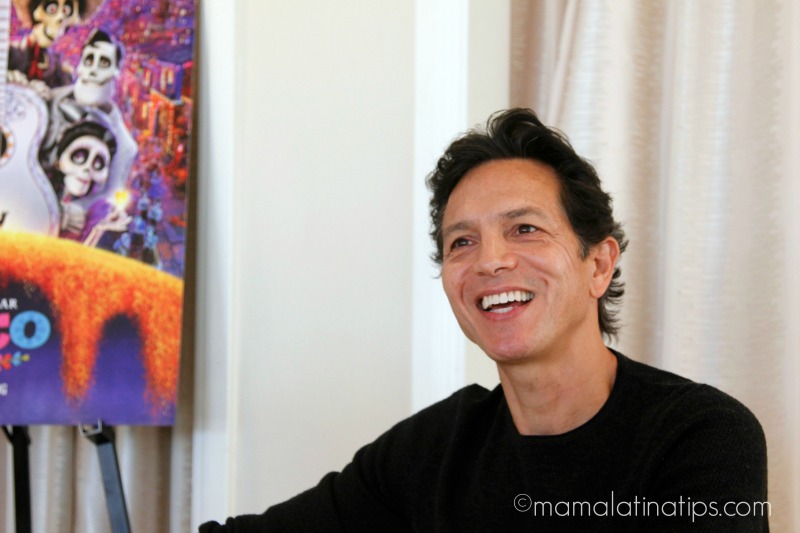 Bratt was brought to the project through an invitation to Pixar Studios, and he remembers those first moments:

“Way back when, when I was first given a tour of the Pixar Studios up in Emeryville. Lee and Darla and Adrian led me into this room that, from floor to ceiling on every wall, was covered in Mexican iconography, Day of the Dead colors and images, and some of the characters that were drawn …and that they were going to portray in the film.

And it affected me in a way that actually kind of surprised me, because it was in that moment that I recognized these beautiful brown faces, albeit they’re animated figures,… they looked like people I know, the people I come from. And it underscored the fact that that portrayal been done yet on this kind of scale. And so, in a way, it reintroduces who we are as a people, in our uniqueness but also in our sameness, to everyone else in the world, whether you’re from China or Africa or Europe or anywhere else in the world.

…t the end of the day, for all the uniqueness that we have, and there’s a lot that’s vibrant and authentic and beautiful about Latino culture, we all …are more alike, than we are different. And this need, or sense of wanting, to belong to something, to recognize where you come from, to stay connected to the people that paved a path for you before you …” 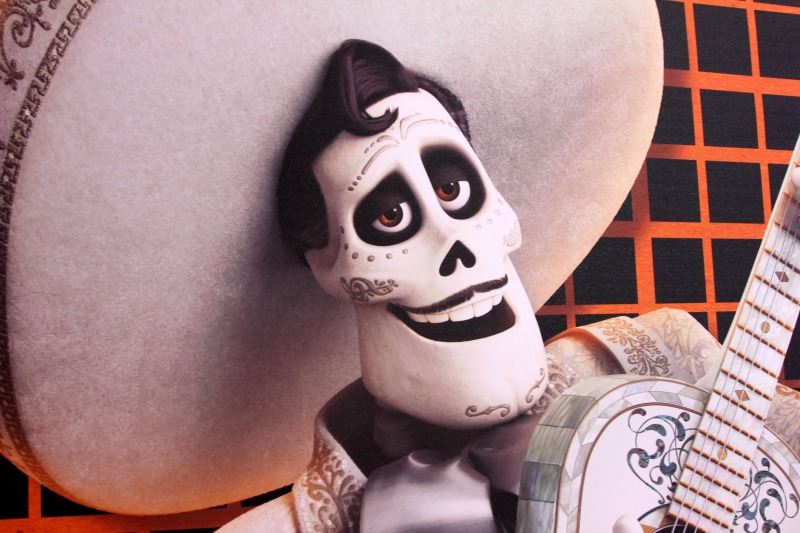 Bratt plays Ernesto de la Cruz, in the context of the film, he’s the biggest Mexican singer in history. So, of course, he has to sing. I think we were all amazed and impressed by Bratt’s beautiful singing voice, so we had to ask him about it. This is what he shared:

“So, here’s the deal. You know, I acknowledge that I’m a fairly decent actor, but I’ve always wanted to be a singer. I just admire singers so much, and musicians in general, because with singing your voice is your instrument. And it translates across all language, all cultures, because a beautiful voice is a beautiful voice.”

“I don’t possess one when it comes to singing. And I’ve always said I’d give my left big toe to be able to be a balladeer like Marc Anthony, say.  He’s just a phenomenal, powerful singer and a friend, … someone whose talent I admire immensely. So, when I was offered the role, I thought it was a bit ironic that I was meant to play the most… famous singer and musician in Mexican history.”

“I had a little chuckle for myself. And then, of course, I became immediately terrified, because Lee and Darla and Adrian wanted me to attempt it. And so, …hey provided me with Liz Kaplan who’s the instructor, mentor, to the stars in New York. I had several…sessions with her. And they just gave me the opportunity to fail. And the first few sessions, I’ll tell you, they were horrible. They were really horrible. But, you know, they gave me a shot. I was happy to do it. And that it’s in the movie, I recorded every song, you know, that it’s in the movie, I’m really proud of it.”

And we are so happy he did, too!

Did you draw inspiration from anyone in particular?

“You know, the truth is, I had never seen a film with Pedro Infante or Jorge Negrete. I was loosely aware of Vicente Fernandez’s music. But after Lee and Adrian shared with me that those are the people in real life that they were drawing on for this character, I went out to YouTube, of course, and studied a lot of it. And what I realized was there’s real star power. You know, they were like the Mexican versions of Frank Sinatra. Someone who is as adored for his musical ability as he was for his movie star magnetism. And that doesn’t happen to everyone. Not everyone possesses that …talent or that particular personal chemistry. So, you know, you have to create it. …I just thought okay, I’ll just try to be larger-than-life. And it’s an even more difficult trick to do it just vocally… Thank God, they draw the guy. That’s a good-looking skeleton. His hair was perfect.”

RELATED POST: Fun Facts About the Skeletons of Coco

Coco is a beautiful movie that showcases the deeper meaning of death as part of the Day of the Dead celebration, so we wanted to know more about Benjamin Bratt on a personal level:

How would you like people to remember you after you’re gone?

“That’s such a profound question and the first time anyone’s asked it. If I am to be remembered at all, I would hope it would be for my kindness or my generosity, for the love that lives in my heart for people that I hold near and dear. And for someone who tried to live his life with integrity. Nothing too deep. Oh, and he’s pretty fun, too. He was a fun guy.”

Do you feel this movie will empower parents to approach the subject of death from a different viewpoint with their children?

“I hope so and actually think so. I think people give short shrift to the impact and power of film stories. They really can do a lot to teach young people, whether you want them to or not. And in that, this story views death as a kind of celebration, as a continuation really of what we are and who we are. And it’s not something to be feared, but something to realize that it’s part of the natural cycle of life and that you stay connected to the people that you love.” 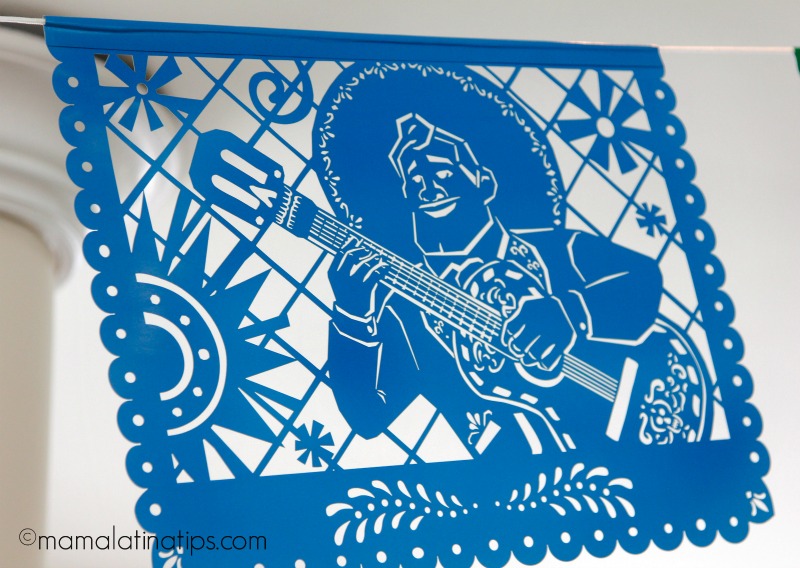 “I think there’s a hopefulness in that and a kind of comfort, too, I would say. And I already know that, and I already feel that, and I already believe that, as do most of my family members. But seeing the film reminded me last night, as my mother now enters into a certain set of years in her life, she would hate for me to name it, that as we edge closer to our moment of mortality that there will be a kind of comfort in knowing that we can stay connected through prayer, through memory, through acknowledgment, even through ofrendas.”

RELATED POST: Altars for Day of the Dead in Mexico
Finally, we asked Bratt:

What’s the biggest lesson you would like to pass on to your children?

Well said! May we all lead with kindness, empathy, and love.

Thanks, everyone! Are you getting ready for Coco? It opens for wide release in theaters in the United States on November 22, 2017. Enjoy the clip: