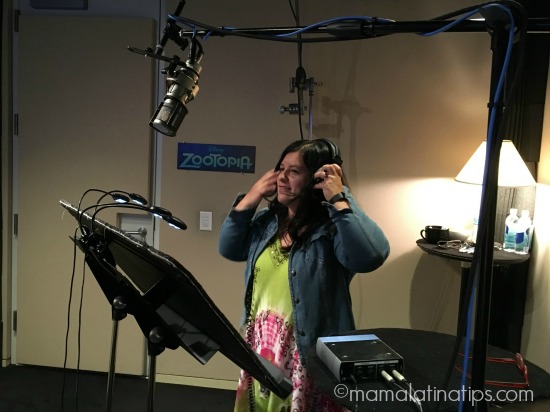 Every time I get the opportunity to visit either Walt Disney Studios or DisneyToon Studios, it’s always an adventure. One of my favorite activities, when there, is being allowed to play at voicing a Disney character, like Fru Fru from Zootopia in this case. Fru Fru is Mr. Big’s daughter, who is saved by Judy Hopps from being crushed by a donut.

Voicing a character is not as easy as it may seem. Paul McGrath, Dialogue Mixer for Zootopia, told us that it’s not uncommon for an actor to read the line 50 or 60 times during recording. Can you imagine? He also told us something very interesting, “…even though everything’s been digitized and things have become more computer generated, animation and the process of animation is still done the same way that it was back with Snow White, where it starts with the voice– well it starts with the script, but then it starts with the voice.” 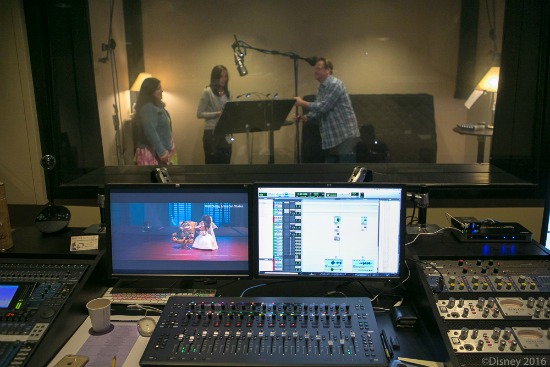 The reason why the voice is the first thing done after the script is it gives animators an idea of the duration a character is going to be on screen. And not only that, it also helps them animate expressions along with the voice. Interesting don’t you think?

One last interesting fact I learned is the voicing process for the international versions is different. In this case, the voice is added after the original movie is finished. So, it is important to cast a person with a similar voice.

Now, let me show you the clip I recorded last month, it was very fun:

Related post: My Fast Interview with Flash from Zootopia

Disney Zootopia is already available on Blu-ray, DVD, HD, On Demand, and Disney Movies Anywhere, and I also have a giveaway for 2 Zootopia movies right here.