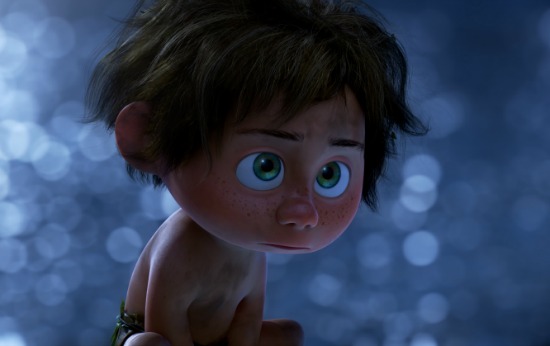 This week is the release of Disney-Pixar’s The Good Dinosaur. Do you have your tickets? It’s the perfect film for the whole family.

A few week ago I shared my experience at Pixar HQ, the nest of The Good Dinosaur, where the film’s production team sat down with us and shared stories about the trips they took exploring nature in order to create a believable story. 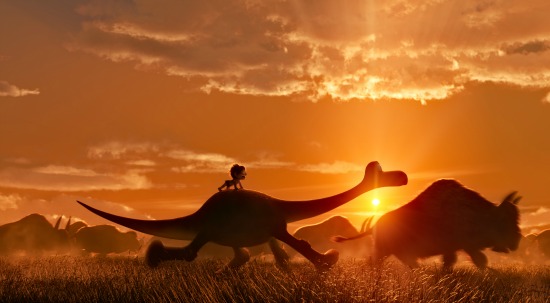 Then, a few days back, I showed you a short preview of Sanjay’s Super Team, a Pixar short film that will run just before The Good Dinosaur in theaters.

Today, I want to share with you a few fun facts about The Good Dinosaur, straight from its creators themselves. Enjoy! 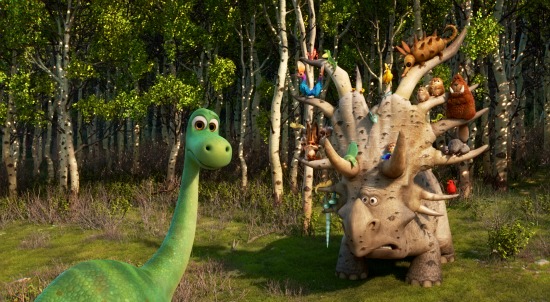 1. Meg LaFauve, writer, and Kelsey Mann, story supervisor, told us that the team work together in a room where they used special software and computerized screens allowing them to draw and delete at will as they collaborated. This, however, didn’t eliminate the use of traditional animation drawn with paper and pencil. 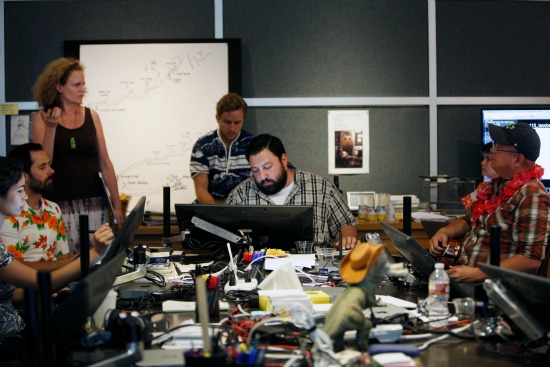 2. Arlo’s vast and beautiful world (Arlo is the tall, green dinosaur) was created on top of real maps of the Grand Tetons in Wyoming. The team in charge of the set downloaded topographical maps from the USGS (United States Geological Survey) and built the sets on top of data from them. This helped them create a wide variety of points of view from many different perspectives in the film.

4. The color script is a crucial step in making a film look as realistic as possible. The director of photography and lighting, Sharon Calahan, showed us her color script for how different characters and locations would look at distinct hours of the day in the film.

5. Since dinosaurs no longer exist, the animation team had to look for inspiration from other animals. Arlo’s walk was inspired by elephants. The way the Tyranosaurus Rex dinosaurs in the film run were based on horses. 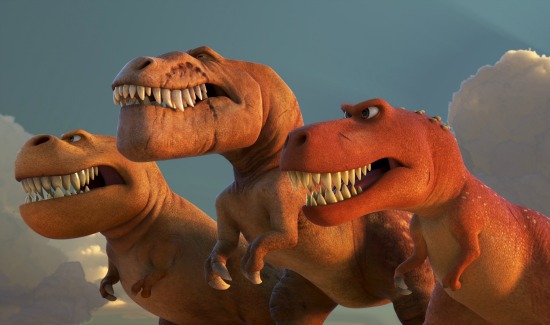 6. Special effects were used in more than 900 shots of the film, twice as many as in any other Pixar film.

7. The scene where Arlo is in the river was the most difficult to create for the special effects department.

Remember, The Good Dinosaur opens in theaters Wednesday, November 25! Don’t miss it. I highly recommend it.

In the meantime, check out this preview. If you live in Latin America, watch the first video below, the second may not be available where you live. If you live in the United States, check out the second video. (If you are reading this post via email and cannot see the videos, click on the title of this post at the top of your email and go to Mama Latina Tips to view them)

Have a Happy Thanksgiving,