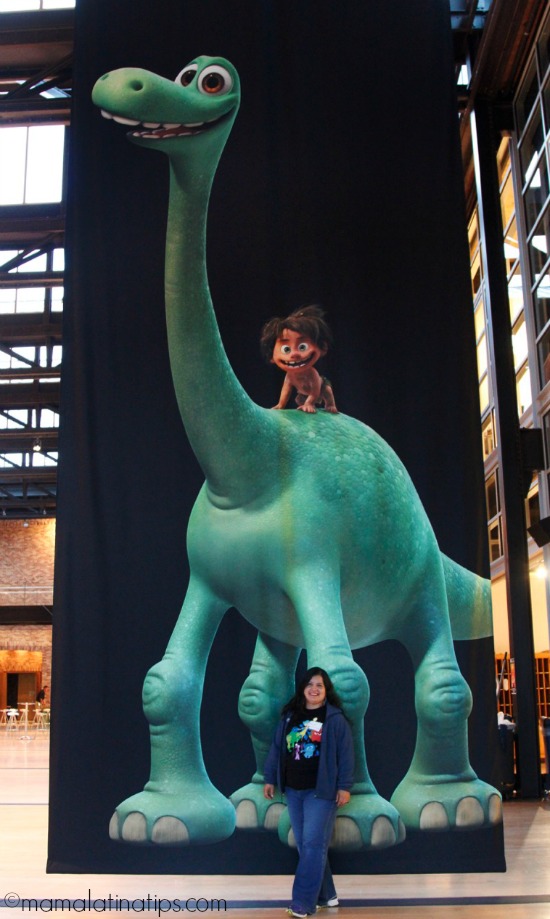 The Good Dinosaur, Pixar’s latest feature film, is almost complete with just final sound edits and a few tweeks to go. As you may know, it will be ready for release over the Thanksgiving weekend on November 25th, in both the US and many other countries. I recently watched a forty-five minute preview of the film at Pixar Animation Studios. You might remember that I promised before I went that I would share the inside scoop when I got back, so here are fun facts and photos from Pixar-the Good Dinosaur nest, as it were.

Like New York, the Pixar campus has an East Side and a West Side, the address is 1200 Park Avenue, and, continuing with the New York theme, buildings are named after NY boroughs like Brooklyn.

The Main Building, however, has been renamed Steve Jobs since his passing, and it has an East Side and a West Side, too.

The campus is built, too, with a right brain/left brain theme according to Steve Jobs’ directions. The left side of the campus includes workers with traditionally left brain tasks, employees with tools, computers, and films in development, while the right side is home to artists, animators and current films (such as Inside Out and The Good Dinosaur). 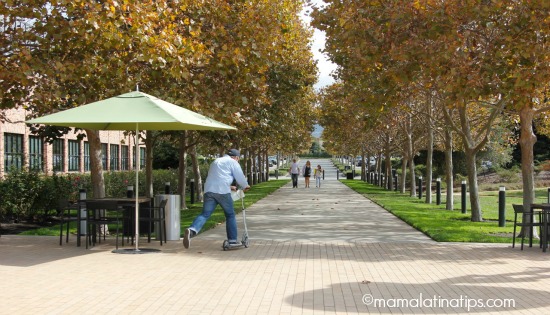 Pixar has a baseball court, soccer field, a hammock and even a swimming pool, because Steve Jobs believed happy employees are great employees. Many employees ride scooters on campus, something that got started during the making of Toy Story. A scooter was brought in as a toy example for the film, then others brought in more different types of scooters to compare them, and then they just ended up staying because they were so fun and useful for getting around on campus. 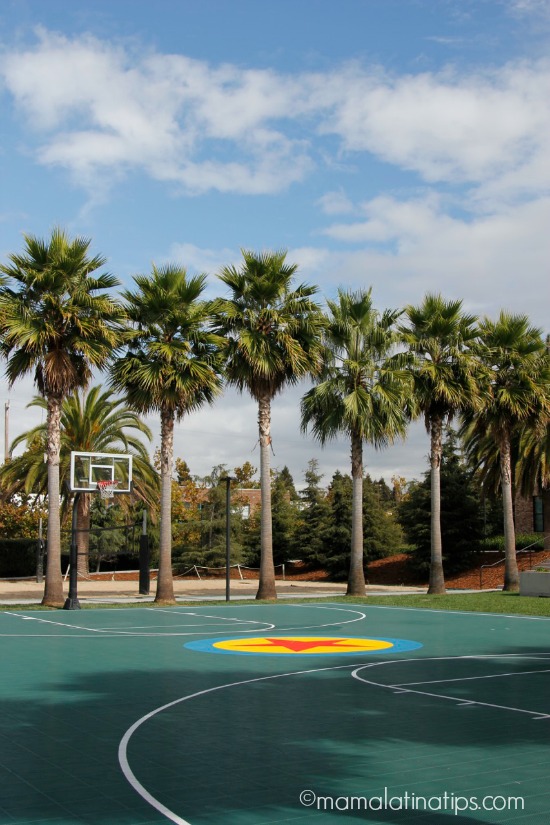 There are two main dining areas, one is more college-like with every kind of milk you can think of in the fridge and more than 12 kinds of cereals. It also features fruit, coffee machines and kitchen gadgets like a sandwich maker and toaster. The other dining area, called Cafe Luxo, after the famous Pixar desk lamp character, serves a variety of upscale and gourmet foods and features a pizza oven and vegetables from an on-campus organic garden. 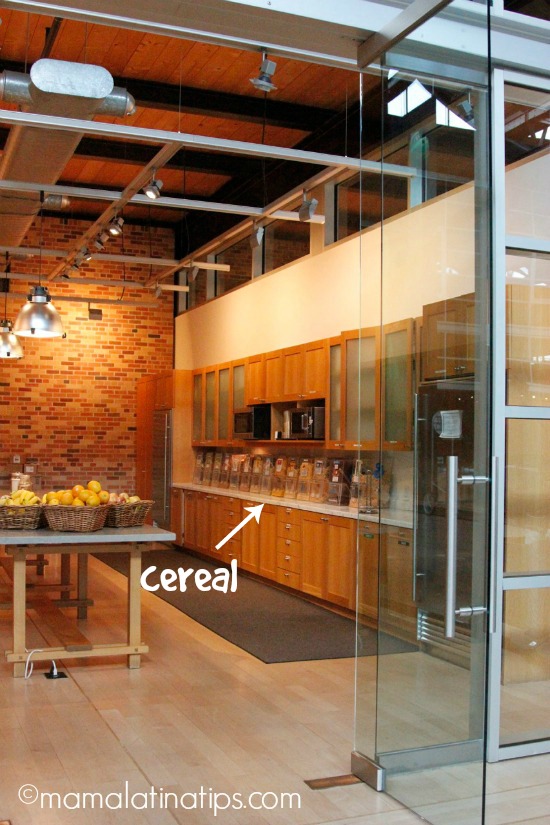 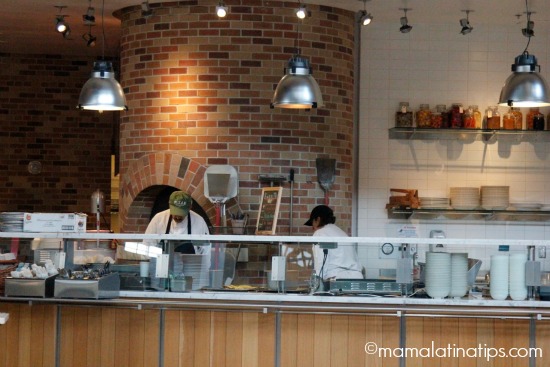 At Steve Jobs’ insistence, the food areas, 3 theaters, store, main bathrooms and lounge are all in the main atrium to encourage social interaction, mingling, and sharing of ideas. 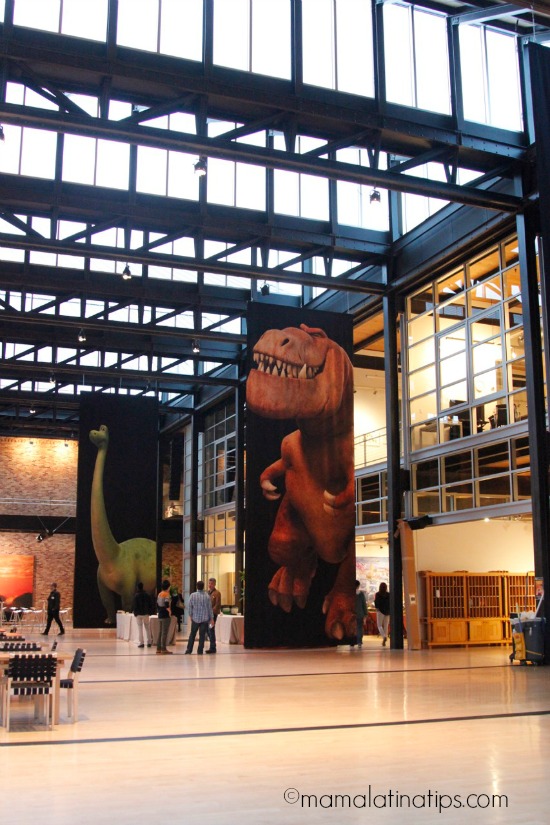 Products with the word Pixar on them, and the iconic Pixar ball, are sold new, exclusively, at the Pixar store, nowhere else! 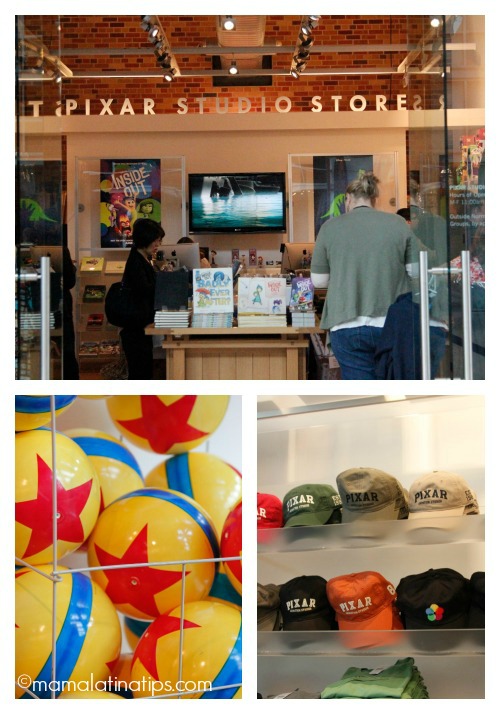 Pixar characters are everywhere, both in plain sight,…. 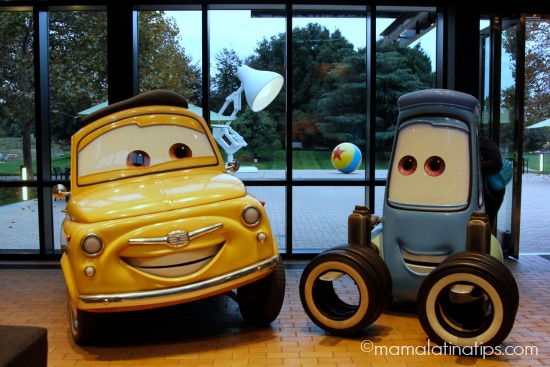 like these two lovable characters from Cars, Luigi and Guido, and… 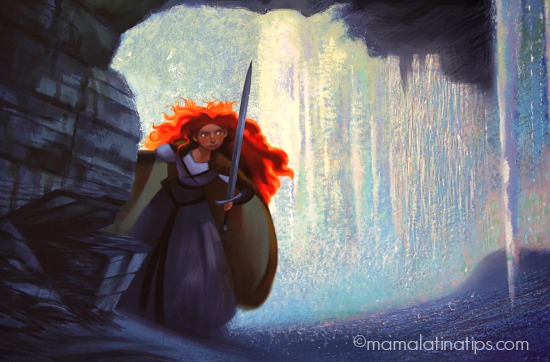 …this large art piece at the entrance of the Brooklyn building, or in less obvious places… 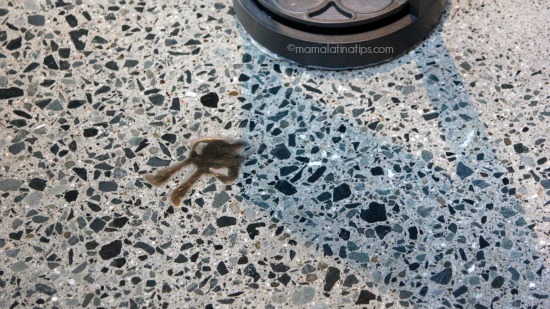 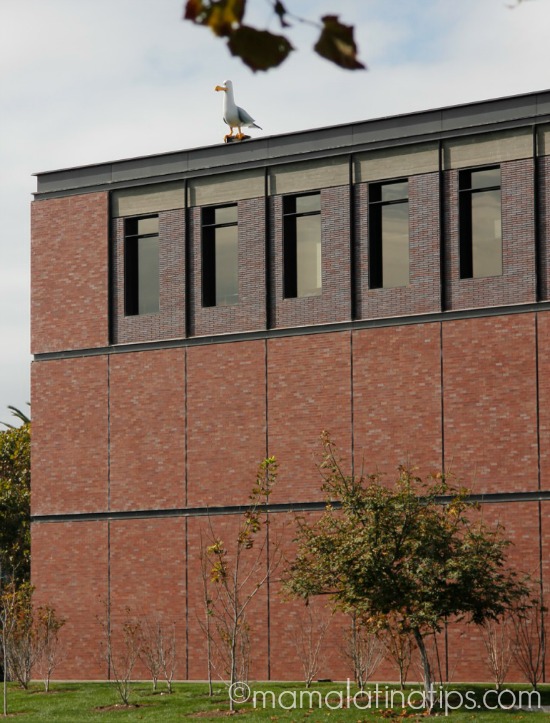 …and this seagull from Finding Nemo.

Before Pixar, the property once featured the baseball field for the Oakland Oaks Pacific Coast League baseball team (Babe Ruth, Casey Stengall, and Billy Martin played here). All buildings are new, but one, the old one used to be a bakery and was still in use when Pixar moved in. It used to be described as torture in the earlier days at Pixar, as delicious smelling cinnamon rolls would bake every morning. Also, employees would make sure to park as far away as possible on flour delivery day to avoid a complete dusting. 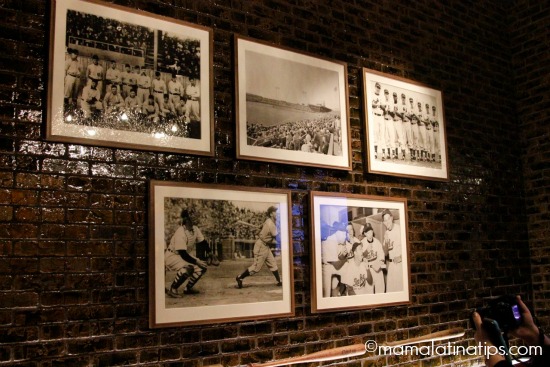 And lastly, all Pixar awards are displayed for everyone to enjoy, it is inspiring to be in the same place with so many Oscars®! 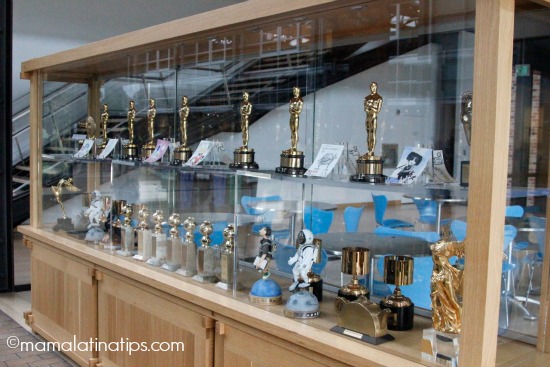 That’s all for now, I will have more about the film and Pixar in future posts, but I wanted to leave you with this trailer from The Good Dinosaur, enjoy! (If you are reading this post via email and cannot see the video, just click on the title of this post at the top of your email to see it on the blog, thanks!)

This is not a compensated post; however, food, lodging and transportation were provided.