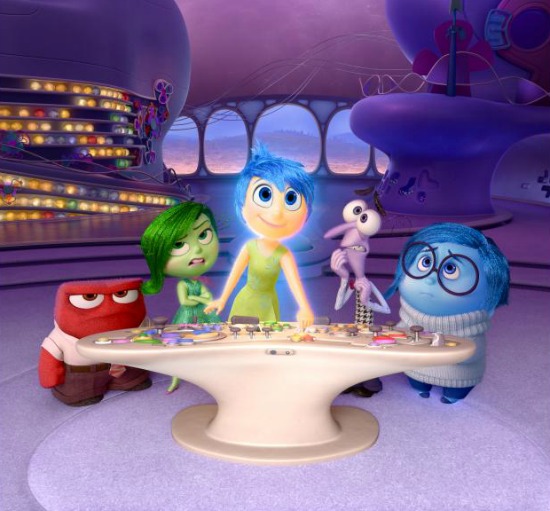 During my recent visit to Pixar (check out my post about the Pixar campus here), I also had the opportunity to go to the stunning Fairmont Hotel in San Francisco, to meet and chat about Inside Out with some of its filmmakers and members of the cast. I already love the movie, but listening to stories from those who created and worked on it made me love it more. I think they made me appreciate the work they put into their films. They are very creative and talented artists.

By the way, before I forget to mention it, Inside Out is available in Blu-ray Combo pack on November 3rd, and we can’t wait!

Now at the Fairmont, as I mentioned, we sat down with Pete Docter (director), Jonas Rivera (producer), Richard Kind (voice of Bing Bong) and Phyllis Smith (voice of Sadness), who entered the room taking pictures of us to share on their social media. 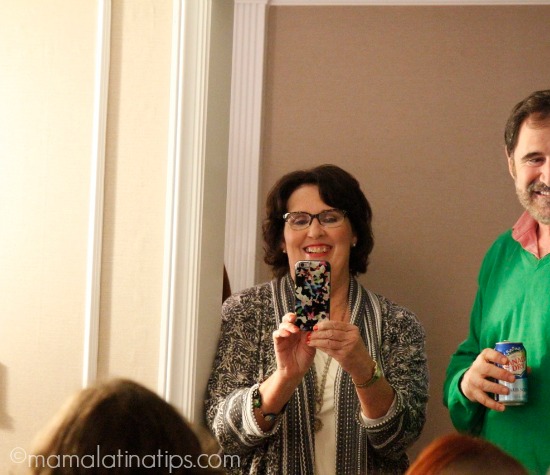 They shared with us anecdotes and fun facts from the movie, things I didn’t know before, that now I’m going to share with you.

10 Inside Out Fun Facts

Pete Docter was also the director of “Monsters, Inc.” and “Up” and was the third animator at Pixar who collaborated on the story development and characters for “Toy Story.” Jonas worked on “Toy Story,” ‘Up,” “A Bug’s Life,” and “Cars,” which is why it doesn’t surprise me that some details from those movies made it into Inside Out. For example: 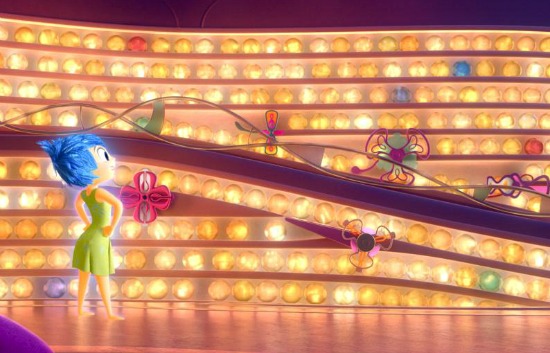 Geography of the Mind

Director Pete Docter and producer Jonas Rivera are huge Disneyland fans, and so it was easy for them to talk about relative scale in terms of the park when pitching their ideas for Inside Out to John Lasseter. Jonas remembers the day they pitched the idea:  “It was fun thinking about the geography of the mind… we’re big fans of Disneyland and I remember even when we pitched to John Lasseter for the first time… above the monitor there’s a 1959 framed map of Disneyland that I have in our war room.  And I couldn’t help but think it’s kind of like that, like where there’s different regions and there’s a train…” 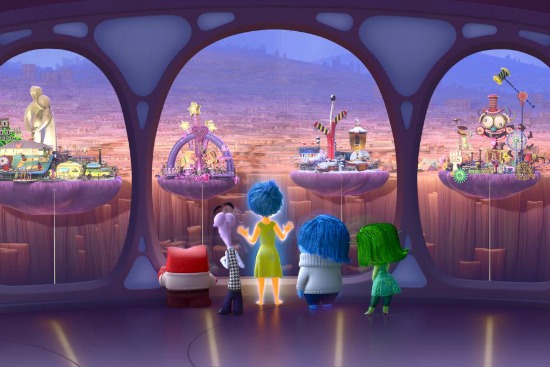 Richard Kind, who is the voice of Bing Bong and a very accomplished actor in his own right, shared with us an emotional moment he had with his family when they visited Pixar before the movie was released. He says the scene where Bing Bong exclaims, “I had a good feeling about this,” and then lets Joy jump on the wagon was the moment he knew the movie would be a hit. He said, ” …. my oldest daughter, Sky, …and when it was finished, she just … collapsed in her mother’s arms, sobbing, sobbing, sobbing…” He knew if it had that impact on her, it would resonate with others, too, even though she,” …had not seen the whole movie, so, you know, (she) only had a bit of context.” 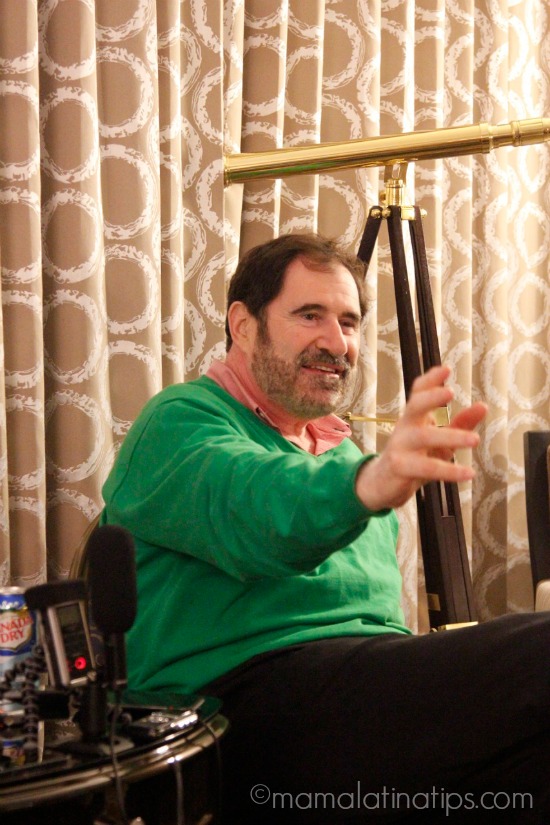 Bing Bong touches me personally, too. I must confess, I cried and cried during that scene, too. The transition from childhood to adolescence is very emotional for me right now since my son is going through it at the moment.

Disney/Pixar took great pains to hide the existence of Bing Bong until the movie was released. Richard, who couldn’t go to Cannes with the rest of the cast in order to keep the character under wraps, agrees it was the right thing to do, although he did say with a smile, “…once again Pixar proves its brilliance. They thought ahead, and they were absolutely right. Nevertheless I’d like them to send me to France right now.” 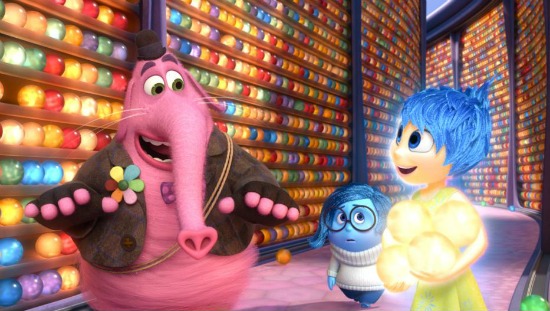 Phyllis Smith, a longtime cast member of the NBC’s hit series “The Office” and voice of Sadness, shared a bit about her experience: “I really enjoyed the whole process because when I first started I was so insecure, which I think helped with my character… they didn’t want sadness to just be a sad sack that was annoyingly crying all the time. And so they actually fed into my real insecurities. It worked.” 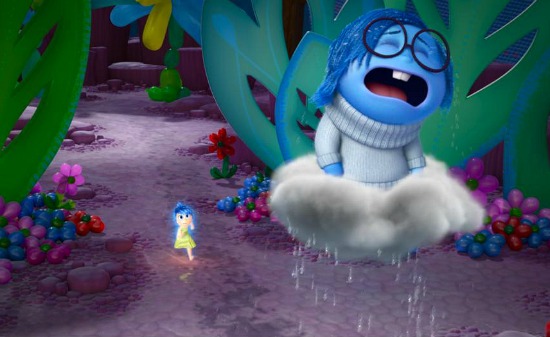 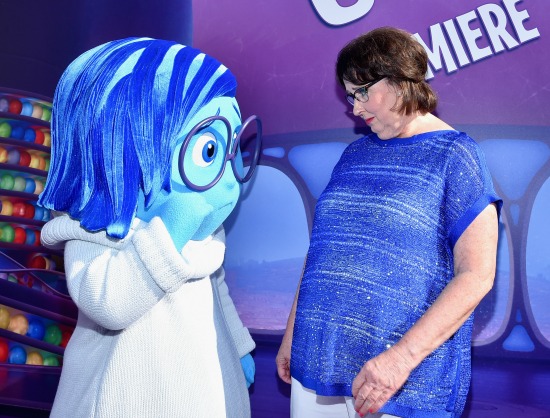 There you have it, 10 Inside Out fun facts for you to enjoy. I really enjoyed talking and laughing with these talented artists and I can’t wait to watch the movie again so I can look out for all those details. How about you?

“Mama Latina Tips is a participant in the Amazon Services LLC Associates Program, an affiliate advertising program designed to provide a means for sites to earn advertising fees by advertising and linking to amazon.com.”
92 shares
wpDiscuz
0
0
Would love your thoughts, please comment.x
()
x
| Reply