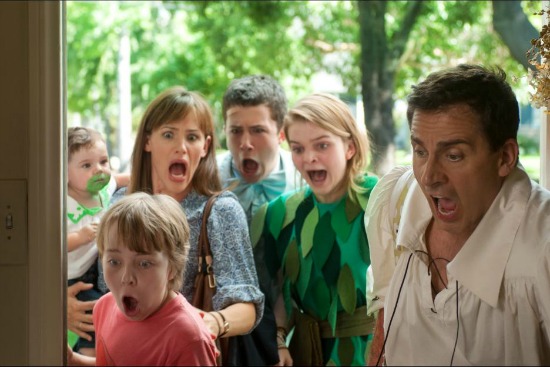 A few days ago I brought you an interview with Jennifer Garner and Steve Carell about the new family comedy film, Alexander and the Terrible, Horrible, No Good, Very Bad Day which opens today, October 10th, 2014, in theaters across the country.

I recently had the chance to visit the Walt Disney Studios lot, where I was treated to an advanced screening at the end of a wonderful day researching and enjoying the special events and decorations to be featured during Disneyland’s Halloween Season.

Alexander is a feel-good film, I laughed throughout, and it is a true family film, by which I mean every member of the family will both enjoy it and relate to it in his or her own way. Jennifer Garner shines as a comedic actor, and the mere presence of Steve Carell on the screen makes every scene hilariously funny.

I won’t tell you too much about it, I don’t want to be a spoiler, but I will share 5 fun facts that I learned from interviews with the cast, ready? 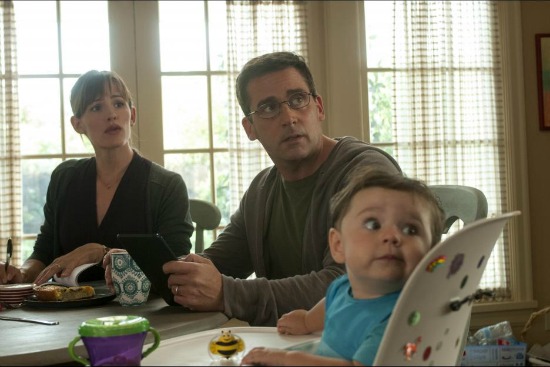 1. Remember that Alexander, in the book by Judith Viorst, is fascinated with Australia. He wishes he could move there. Well, Ed Oxenbould, who plays Alexander in the movie, is actually from Australia; however, he had to study with a dialect coach to get rid of his Australian accent in order to play the roll. He only gets to say one thing with an Australian accent in the entire film, “Thanks mate.”

2. Lisa Henson, daughter of Muppets icon, Jim Henson, is the Producer on the movie. She says,”The story in the book is essentially the first act of the movie. And then the second two acts of the movie are what happens when the very bad day is had by an entire family, not just one person.”

3. The scene where the whole family is in the car and they start making music is completely improvised. Ed, Dylan and Kerris agreed that this scene was very hard to film because they couldn’t stop laughing, especially when Steve Carell starting making his “own sounds.”

4. Steve Carell did the whole scene at the Japanese steakhouse, Tokyo Wako, himself. There was no stunt double. He caught all the shrimp in his mouth and he caught his own sleeves on fire. Jennifer Garner said to Steve about when he caught on fire, “Steve, you got unfunny and very focused. You couldn’t say that you did not — you were not aware that you were on fire.”

5. Trevor, the baby in the family, was play by twin girls, Elise and Zoey Vargas. And they are adorable!

Have fun at the movies this weekend!