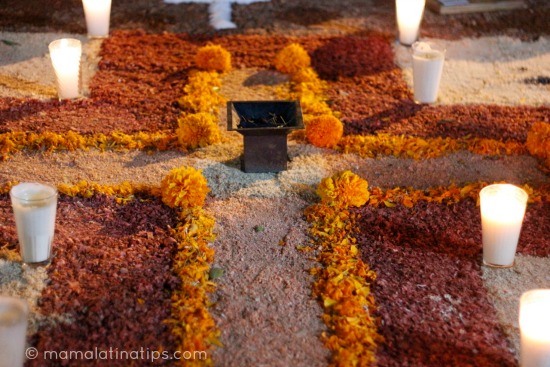 I’m a Lowe’s Creative Ideas Network member and as such I received materials to complete this project. As always my comments and love for keeping up family traditions are my own.

In exactly one month, Mexicans will be celebrating Day of the Dead and I feel content just thinking about it. Last year, my family and I were in Mexico on Day of the Dead and my kids learned a lot about its sacred traditions, took lots of photos of the beautiful flowers, and marveled at the creative displays.

When Lowe’s gave me the option of creating something for Day of the Dead, I was very pleased. Creating a real display for Day of the Dead can be complicated, considering the space required, but that doesn’t mean there aren’t other possibilities.

Walking through Lowe’s I came across a shelf organizer and in an instant I could see a mini Day of the Dead display in my future. 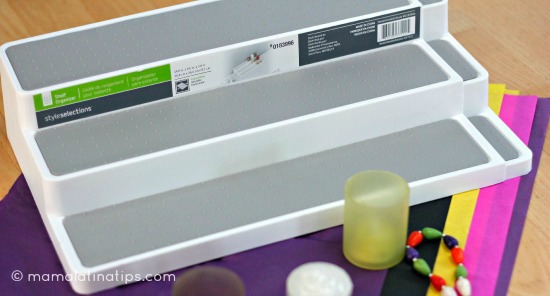 A flower called cempazúchitl is the traditional flower of Day of the Dead in Mexico, they are yellow, orange, burgundy and often cover the displays. So I made some out of paper and then bought some living Mums in yellow and burgundy that complement the project very well. 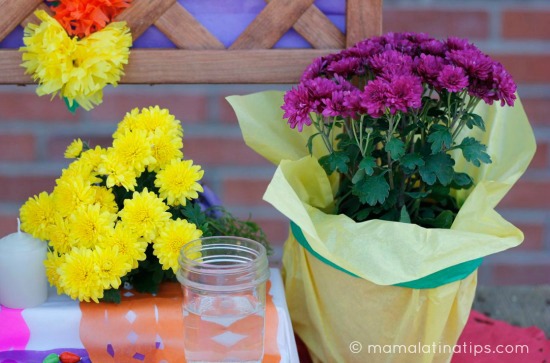 And when I saw that pretty wooden flower bed border I saw it as the perfect wall for attaching my handmade flowers and backdrop for the whole project. Here is the final result. 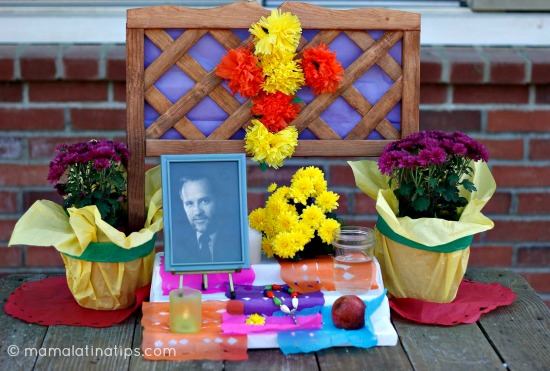 Day of the Dead displays can be made in different sizes and usually include specific symbols like a photo of a loved-one, flowers, a rosary, candles, water, food and more. In Lowe’s, I found two types of candles. One is a traditional candle and the other is battery powered so I can leave it on at night without worrying. 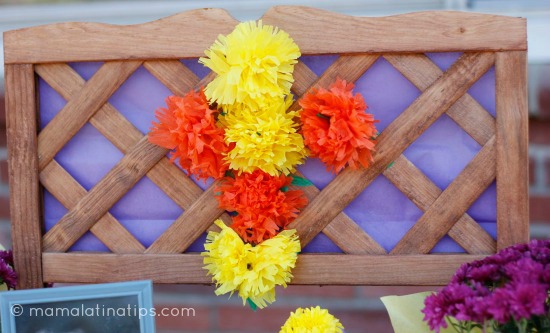 I’m always amazed by how many ideas come to mind by just walking through the aisles at Lowe’s.

Are you going to celebrate Day of the Dead this year?

Well the holiday season is near. Would you like more ideas? I invite you to register for the Lowe’s Creative Ideas magazine, it’s free and is published every three months and come directly to your home.

“Mama Latina Tips is a participant in the Amazon Services LLC Associates Program, an affiliate advertising program designed to provide a means for sites to earn advertising fees by advertising and linking to amazon.com.”
Scroll back to top
14shares