The night we first met, Director Gareth Edwards tried to convince us to help him steal the Death Star from Skywalker Ranch. It’s true! We had opportunity, because we were there to screen 30 minutes of his new film, Rogue One: A Star Wars Story. We were in the very theater where George Lucas would sit to watch films his team was working on. It was all very exciting and a little bit surreal.

Edwards told us the original Death Star was at the ranch and that he thought it would make a great headline the next day if we, “the rebels” I guess, went and stole it. But it didn’t happen. We did get a sneak peak at the film and some intimidation from some stormtroopers. 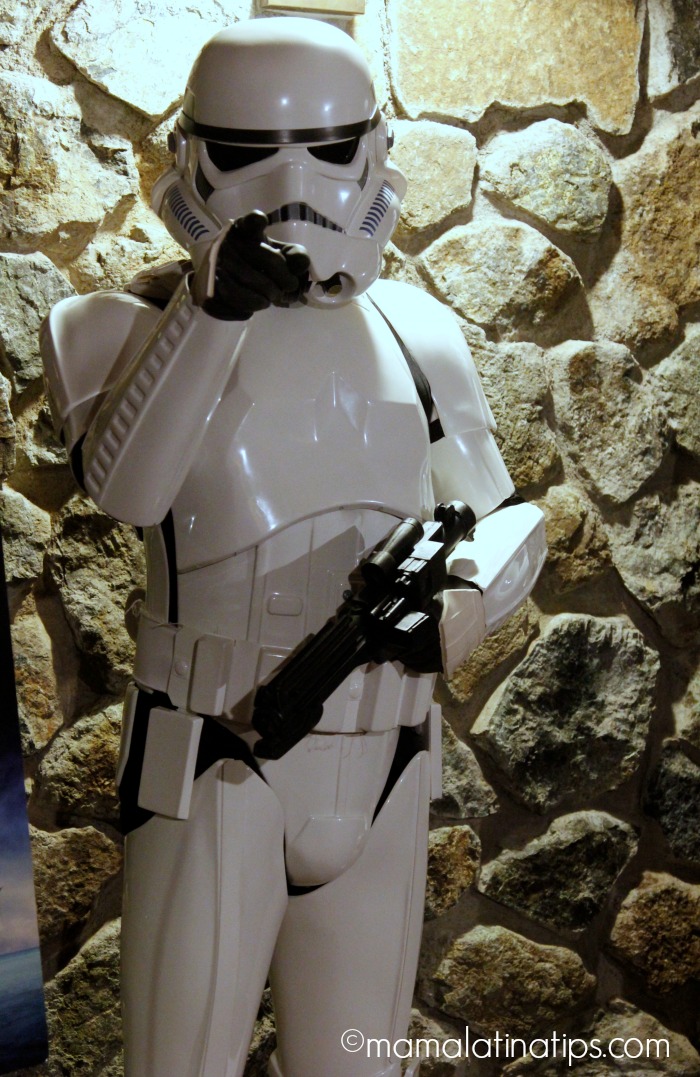 The next time I talked to him was in a more serious setting, at LucasFilm in San Francisco, well, at least as serious as I guy with his ample sense of humor can be. We were able to squeeze out of him some fun facts about the film you might not know.

So in celebration of the grand opening of Rogue One: A Star Wars Story, today, December 16th, 2016, here are 5 fun facts about Rogue One as told by Director Gareth Edwards, enjoy!

Edwards’ goal was to direct Rogue One in an organic way, he explains, “Even though it was a massive, massive movie, and there’s all this pressure to have a specific plan, we were gonna keep it incredibly fluid. And so we had 360 degree sets where we could…film in any direction”

2. The Crew Were Wearing Star Wars Costumes and Loving It

Edwards recalls a funny anecdote involving the 360 degrees sets and cameras, “…I remember on day 1 in this one set called Jedha, which is one of the cities… we started filming and the actors could do what they wanted. And I just happened to pan left or something. And there, suddenly, was all these crew in shot that suddenly ran out of frame, like, scared. And then the next day we came, and the same sort of thing happened when I panned left. And the crew were there. But this time they’re all wearing Star Wars costumes… and that way, wherever the camera went, they could be in it if they had to be… they secretly loved that…Even on days we weren’t filming…like after meetings”

3. Not Picturing the Actor in the Role…Until You Just Can’t Anymore

Edwards said that when you start a film, you try not to think of a specific person in a specific role, until you just can’t anymore. “…it gets really difficult to keep talking about and not being able to visually picture them… And you start to take on, like, specific people in the world, and I know definitely for Saw Gerrera and Krennic…Ben and Forrest , just popped up straight away.

…Simon, one of the producers, , ‘can I just stop you a second?’ I went…No. I want to talk to you about Krennic. He goes, ‘I’ve got…. the guy…Ben Mendelshon’ … I was about to say Ben Mendelshon…it was very weird… genuinely weird.”

In general, most all members of the cast agree it was very hard to keep secret about the project, and Edwards was no exception. He told how he approached Ben Mendelshon about his role:

“…I met him on a rooftop in LA, which sounds really glamorous, but it was raining…we’d already organized to meet there, so we did. And we wanted to be away so no one could hear, so you could talk. I would get really paranoid about waiters and things, ’cause, you know, once you say a word, like, Darth Vader or something… They’re gonna pay attention.”

5. Shots after the Shots

Edwards told us that after scheduled shooting, the cast had even more freedom to do whatever they wanted with their roles. “It feels like probably what the characters feel like in that … it was an impossible mission really. It was like something you’re not supposed to succeed at, or survive… we became, like, a band of rebels making the film… We were rebellious!… We did things we weren’t supposed to do… Say the shoot was 10 hours long, or something, one day. The last hour was like a playground. And so we’d get what we needed for the scene… … okay, do whatever you want… A lot of the stuff that was in the trailer came from things like that.… the picture of Krennic in the white cape … and Felicity going in … the tunnel lights up round her as she turns around.”

Thanks so much to Gareth Edwards for his time and great sense of humor, it was an honor and it was fun.

When are you going to watch Rogue One?