Riley, the hockey playing heroine from Disney Pixar’s Inside Out, is back again in a short film entitled “Riley’s First Date?” Yes, there is a question mark there, because Riley’s parents aren’t sure if it’s a date or not, and that’s why it’s so entertaining. Pixar, as you know, has a long and exceptionally successful history with animated short films, and “Riley’s First Date?” follows in that same tradition. 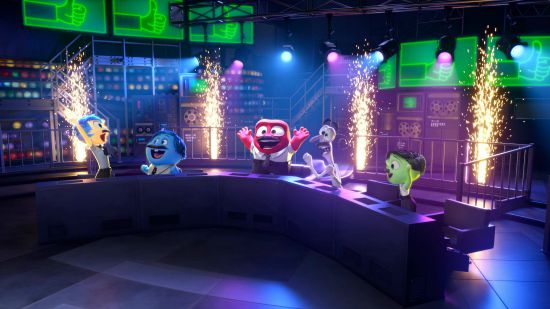 During my recent visit to Pixar, we got a chance to sit down and talked to Josh Cooley and Mark Nielsen, director and producer of this new short, and learned that “Riley’s First Date?” took 10 months from idea to final sound mix. “Some parts went quicker than others…,” Mark said. The animation, for example, took about a month. They said the process was relatively fast compared with other shorts, like LAVA, because all the animators and actors were working on Inside Out at the same time as well. 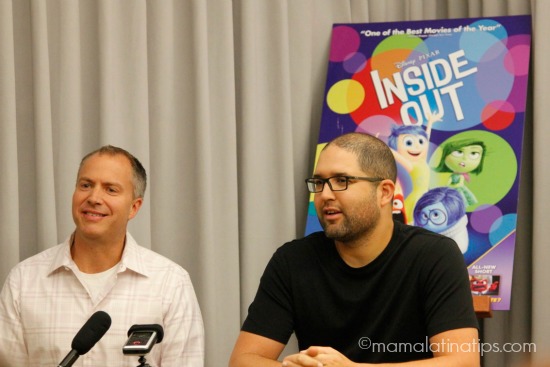 Josh and Mark wanted to go into a boy’s head a little more, but it wasn’t until one of the editors of the feature film made a specific comment, and that helped them figure out the way they were going to go. Josh told the story: “We were trying to write a story about Riley… I was talking about my daughter who was about 4 or 5 at the time (we were) working on Inside Out…and our editor, who has daughters that are in college or actually out of college, said, ‘Oh, you have nothing to worry about until she brings home the first boy,’ and I thought ‘Oh my God!'”

And that is how they came up with the idea.

When you see the short, in case you haven’t done already, you’ll see Jordan (Riley’s friend) has a big part in it. When Josh and Mark were working on the short, the animators hadn’t yet animated the inside of Jordan’s head for Inside Out, so when Pete Docter, Inside Out’s director, asked them, “What do you want the inside of Jordan’s head to look like for the short?” they gave it a thought. Josh said “I want skateboard ramps, coasters, all that stuff.” And that is exactly what the short shows, and so the short influenced the feature film.

The short is funny, upbeat and true to life. I particularly enjoyed seeing Riley’s dad’s flashbacks to his time as a band member with long hair and rock ‘n roll clothes. 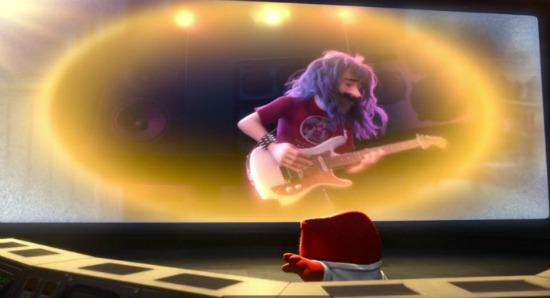 Check out the trailer: (If you are reading this post via email and cannot see the video, just click on the title of this post at the top of your email to go to Mama Latina Tips to see it, thanks!)

“Riley’s First Date?” is part of the special content on the Disney Pixar Inside Out Blu-ray Combo Pack, Digital HD and Disney Movies Anywhere that were just released this month. Have you seen it?

“Mama Latina Tips is a participant in the Amazon Services LLC Associates Program, an affiliate advertising program designed to provide a means for sites to earn advertising fees by advertising and linking to amazon.com.”
31 shares
wpDiscuz
0
0
Would love your thoughts, please comment.x
()
x
| Reply