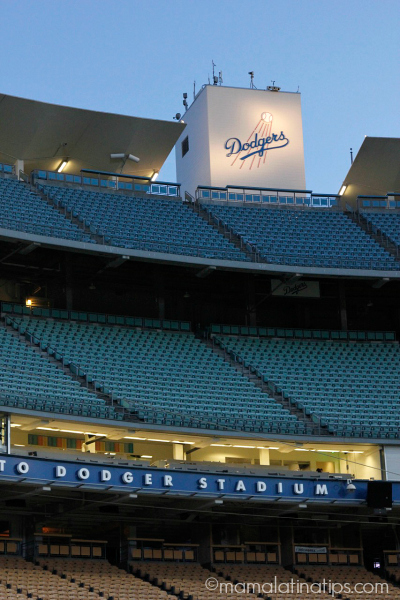 Thanks to the great folks at Montejo and Latina Bloggers Connect for making dining at Dodger stadium and this post possible. As always, my comments, opinions, and my desire to make my brothers jealous are all my own.

Can you imagine how jealous my brothers were when they found out I was heading for a behind-the-scenes tour and dining on the field at Dodger Stadium?

Well, it wasn’t quite on the field, it was on the 1st base line warning track, but why quibble when making one’s siblings jealous, right? .

Anyway, suffice it to say my brothers were jealous! 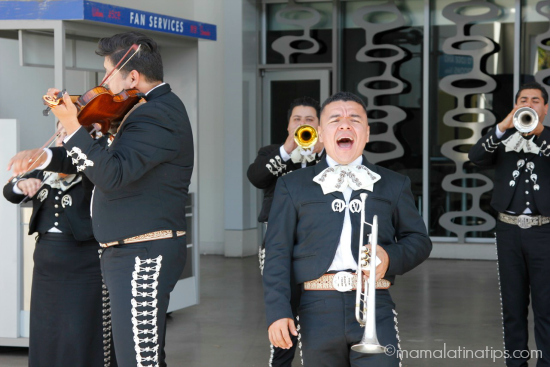 The day began with mariachi, appetizers and a chance to meet Dodger great, Manny Mota, who played 20 years for the team and coached over 30! He’s also a favorite Spanish language television broadcaster for the Dodgers.

As always, it was great to see my good friend and business partner at Disneylandia Al Dia, Liz Cerezo, there. 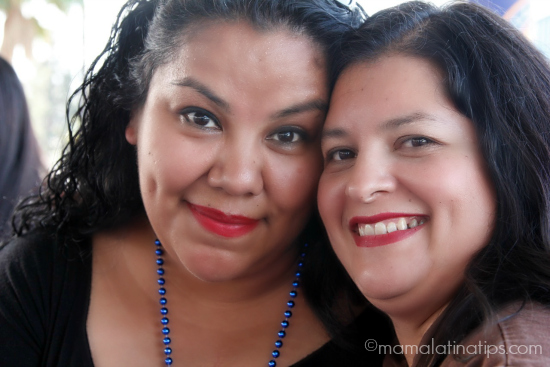 After welcoming drinks, appetizers and a photo op with Manny Mota, we toured the stadium. 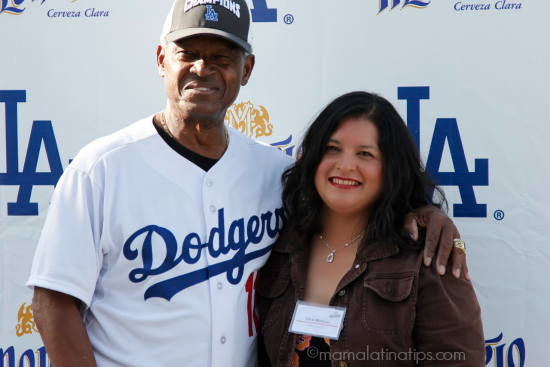 We landed first in the Dodgers’ trophy gallery, a room bathed in golden light reflected off a long wall of Golden Glove Awards on one side (for the uninitiated, the Golden Glove is Major League Baseball’s award for defense at each position) and World Series trophies and bats on the other.

We also got a chance to see the team’s tribute to Fernando Valenzuela’s Cy Young Award. Did you know the legendary pitcher threw 5 shutouts in his first 7 starts as a rookie with the Dodgers back in 1981, and he won both the Rookie of the Year and Cy Young awards in the same season?! 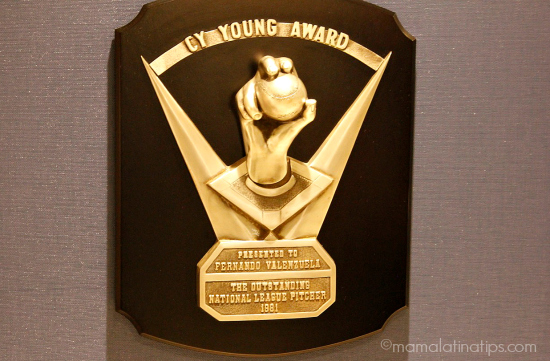 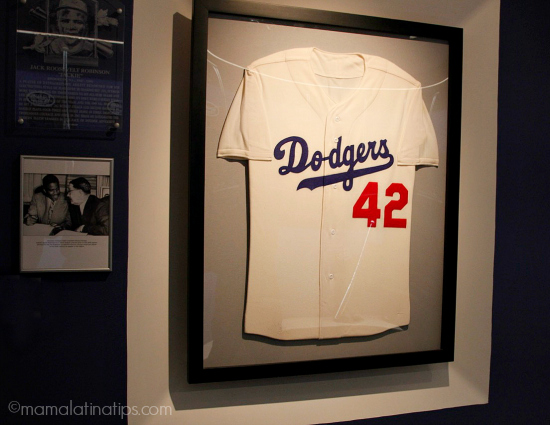 Did I mention my brothers would be jealous?!! 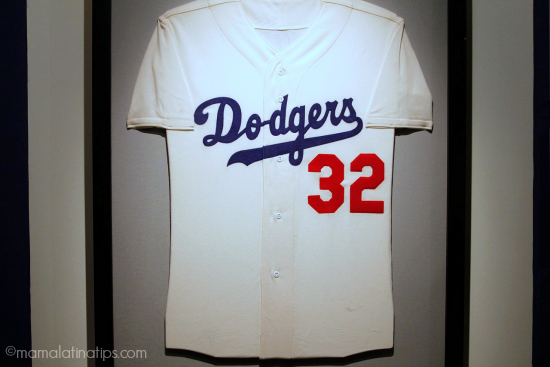 We also got the rare chance to peek into the Dodger Clubhouse (no photos allowed).

And Mr. Mota conducted batting practice with guests who got the chance to take a few swings in the Dodger batting cage. 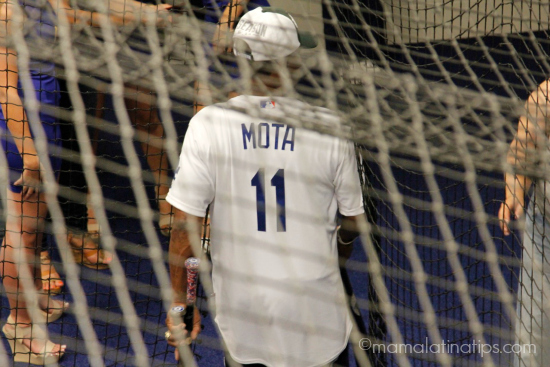 After our stadium tour, we sat down for a gorgeous meal by Chef Eduardo Ruiz of Corazon y Miel, courtesy of Montejo.

Here’s a shot of the menu… 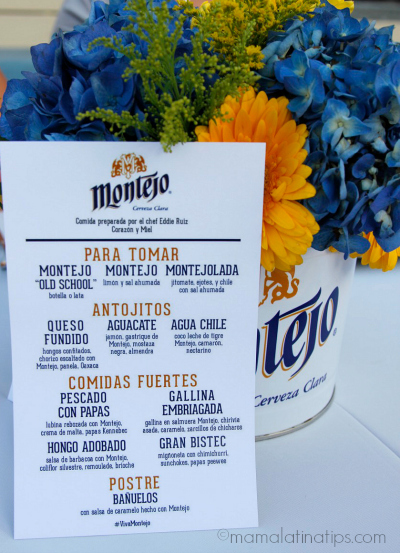 Keep in mind, every morsel was delicious, from the Queso Fundido to the dessert. Each dish featured Montejo beer in either the sauce or marinade, including the caramel sauce on the dessert, very yummy. Montejo is perfect for parties and outdoor refreshment, and pairs well with Mexican cuisine. We had beautiful fish and chips in a beer batter, succulent chicken in a beer brine, and tender beef with chimichurri sauce.

I also enjoyed the adobo taste of this mushroom sandwich, delicious… 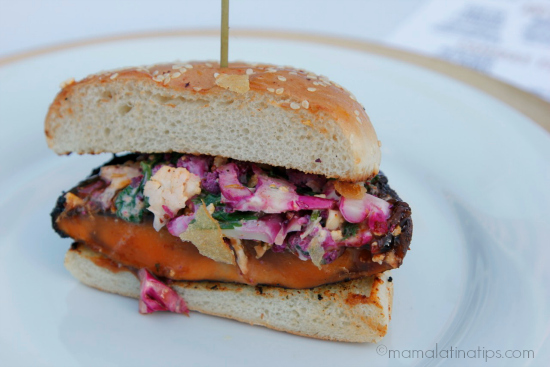 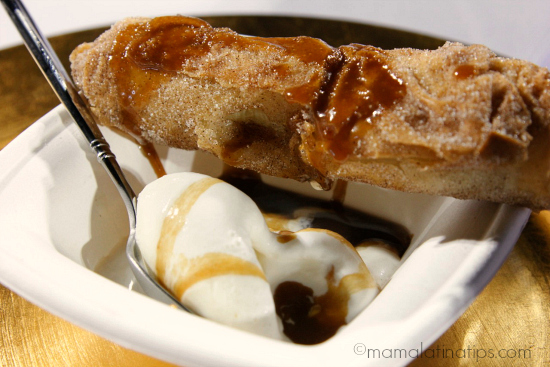 …a banana filled buñuelo, called a “bañuelo,” topped with caramel sauce made with Montejo Cerveza Clara!

It all added up to an unforgettable day at the iconic Dodger Stadium, home to baseball legends like Sandy Koufax, Manny Mota, and Vin Scully, just to name a few. Thanks so much to Montejo for the “rico” meal and for making this special day possible.

This is a sponsored conversation written by me on behalf of Montejo. The opinions and text are all mine.

Awww, we look so cute! I love that picture of us! (: It was great seeing you and your hubby, my friend!