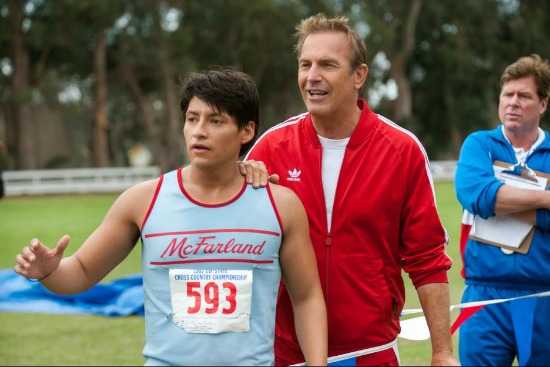 If you had the opportunity to be in front of Kevin Costner, what would you ask him? In a few days I’ll be traveling to LA to interview him about his new feature film, Disney’s McFarland, USA (opening in theaters on February 20th), and I would love to take your questions with me. Just leave me a comment with your questions or you can fill out the form at the end of this post.

My admiration for Kevin Costner abounds and I used to live very close to McFarland, so when I learn about McFarland, USA, I got really excited. Here is a quick synopsis of the film:

Based on the 1987 true story, Disney’s McFarland, USA, follows novice runners from McFarland, an economically challenged town in California’s farm-rich Central Valley, as they give their all to build a cross country team under the direction of Coach Jim White (Kevin Costner), a newcomer to their predominantly Latino high school. Coach White and the McFarland students have a lot to learn about each other, but when White starts to realize the boys’ exceptional running ability, things begin to change. Soon something beyond their physical gifts becomes apparent—the power of family relationships, their unwavering commitment to one another and their incredible work ethic.

Sounds great don’t you think? Check out the trailer:

My trip to LA also involves a bit more. I’ll attend press days for two great films soon to be released on Blu-ray, and I’ll have the chance to interview filmmakers as well as actors like Ryan Potter (voice of “Hiro”), Daniel Henney (voice of “Tadashi”) and Scott Adsit (voice of “Baymax”) from Big Hero 6 (available on Blu-ray and Digital HD February 24th).  Ginnifer Goodwin (voice of “Fawn”) from Tinker Bell and the Legend of the Neverbeast (available on Blu-ray and Digital HD March 3rd) will also be there, so I’m very excited. If you want to send questions for them as well, go for it! 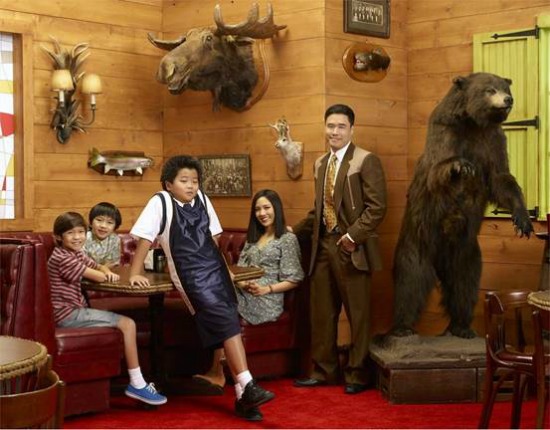 I will also bring back the latest scoops about the new ABC family comedy, “Fresh Off the Boat” (premiering on Tuesday, February 10th at 8pm ET) and the upcoming Disney Channel Film “Bad Hair Day” (premiering Friday, February 13th at 8 pm ET/PT). 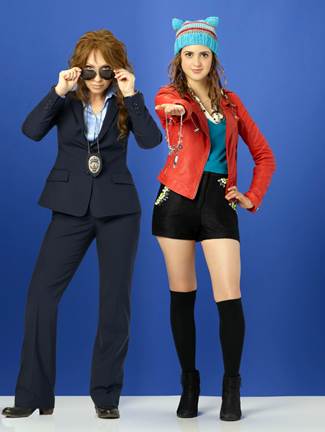 Make sure to follow Mama Latina Tips for answers to your burning questions for Kevin Costner and others, and to get all the news and excitement about all these events on your social media channels follow the hasthtags: #McFarlandUSAEvent, #BigHero6Bloggers, #NeverbeastBloggers, #FreshOffTheBoat and #BadHairDay.

Enjoy and keep those questions coming!

So exciting! Only 8 more days!