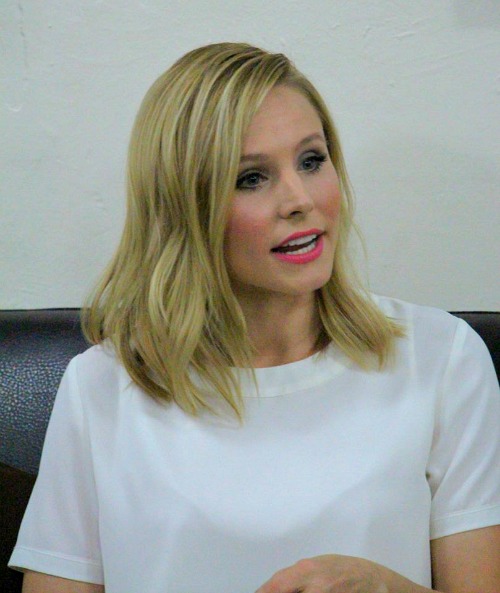 Frozen, Walt Disney Studio’s new animated film, opens in theaters this week. Don’t miss it. Last Friday, I promised I’d bring you more inside information gathered while at the Red Carpet event in Hollywood and here it is. Stay tuned for even more later this week.

I had the chance, along with some sister bloggers, to sit down for an interview with the hilariously funny, talented, and ebullient Kristen Bell, who gives her voice, and a lot more it turns out, to the character, Anna, in Disney’s Frozen. I thought you might enjoy hearing some of what she said.

First, she gave us the inside scoop including how she became aware of the project early on. After the casting director on Disney’s Tangled congratulated her on an excellent audition, she pulled Kristen aside and suggested to her that if they chose to go another way (for Tangled, which they did!), she should meet Chris Buck, who was directing a project due a few years down the road called, The Snow Queen, which later became Frozen. She did take that meeting! 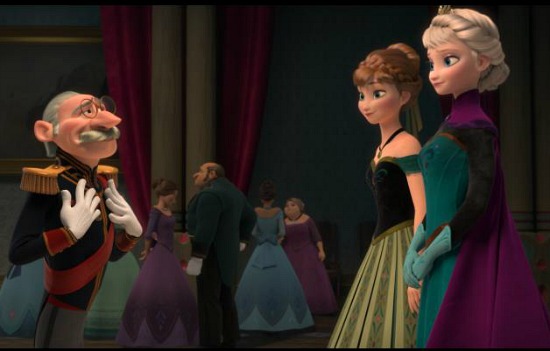 She’d done a couple of Broadway musicals and studied music in college, so the singing didn’t scare her. But something did scare her. When asked about her favorite scene from Frozen, “…it’s not actually my scene, it’s Elsa… a song called, “Let It Go” … it’s so good. But I mean, Idina obviously is a powerhouse and she just blows it out of the water…” (Idina is Idina Menzel, who plays Anna’s sister, Elsa, in the film.) Asked if she was intimidated about singing with Idina, she answered quickly and without hestitation, “Yes.  I mean she’s like the best singer on the planet. Currently on the planet….she is just such a powerhouse…”. 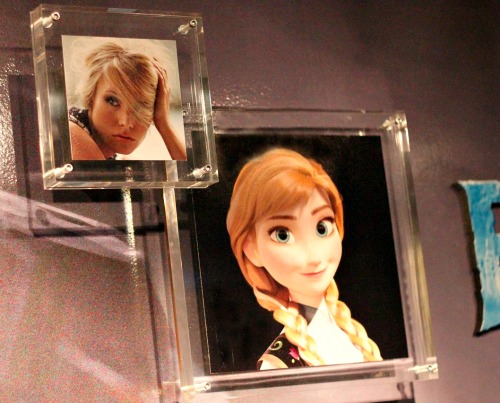 Kristen gave us her take on the character Anna:

“… I knew exactly what I wanted to do going in, I was like, I don’t want her to have good posture, I don’t want her to… have dreamed of holding a sword her whole life. I didn’t want her to be one or the other of the archetypes that I was used to seeing….I just wanted her to be who I wanted to see on screen when I was little, which is someone who talks too much and too fast. And puts her foot in her mouth and is goofy, but really kind of likes people and being social and…being positive. …And I really wanted her to also be… proactive, I wanted her to be the… driving force of the movie.  And not just be the damsel that needs someone else…she’s not rough and tumble, and she’s not… the girl who has her hair braided by birds…She’s really goofy, she’s who I felt like I was when I was a kid.”

We asked Kristen how she managed to incorporate these elements into the film and she said, “(I) just kept pushing for places where I thought she could be funny and goofy, ‘Cause in my eyes, the beauty of Anna is that she’s so imperfect, and so embraces all of her imperfections…and… I don’t know, I feel like there’s nothing funny about perfection, so it was the perfect place to put a… heavy load of comedy.”

A huge thank you to Kristen Bell for sitting down with us to answer a few questions.  She’s just as funny, beautiful, talented and generous as she seems (a quadruple threat!) and very down to earth.

I wanted to mention one other thing Kristen’s been involved with. It’s called this bar saves lives. You can read all about this great product and their cause to feed children around the world at the link.

Oh, and to my friend Arianna, Kristen says, “a non nut version for those who have nut allergies, that’s our next priority.”

Not So Average Mama

She was totally suited for her character!

Silvia Martinez
Author
Reply to  Not So Average Mama

It was so much fun to meet her and chat with her about her role as Anna! Great post!