Let me give you a sneak peak into a fabulous place: The Disney Animation Research Library (ARL). Its address is unknown and there are no known pictures of the building. So what is it?

In short, it is the place where all the magic you’ve see in Disney Movies is guarded, carefully preserved and filed. 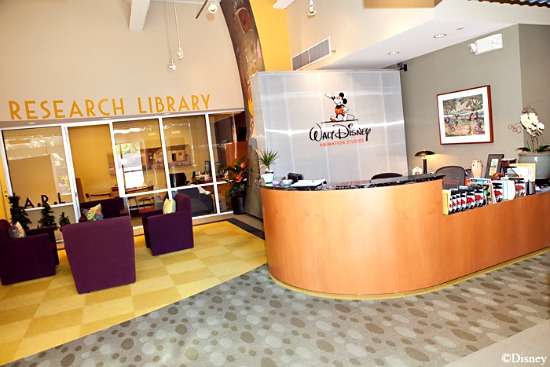 I’ve been lucky enough to visit twice. If you, like me, have sat in awe while watching a Disney film in a theater, just imagine how exciting it is to see the original artwork, sketches, and notes from the animators. My heart races just thinking about it. 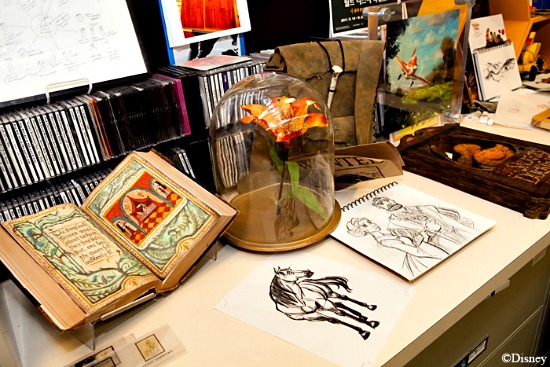 1. The ARL houses more than 60 million pieces of original artwork all the way from the late 1820’s to present day.  Sketches, drawings, sculptures, models, you name it! It exists not just to preserve the artifacts, which is of course priceless in itself, but also to make the art available to in-house personnel for creative inspiration, product development and brand enhancement. 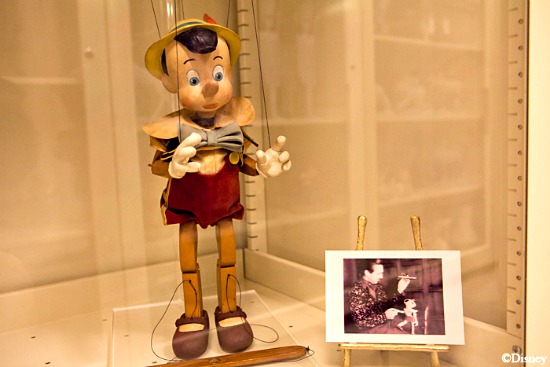 2. Each piece of artwork is carefully photographed using a high resolution camera.  An employee checks to make sure the photo contains all the necessary elements, and then it is archived. This process not only protects the original sketches and drawings for the future, but makes it easier to send art electronically to personnel who need it.

In the photo below, we were watching a Cinderella animation made with hundreds of pictures put together.  On each sketch the animator’s notes were visible, amazing! 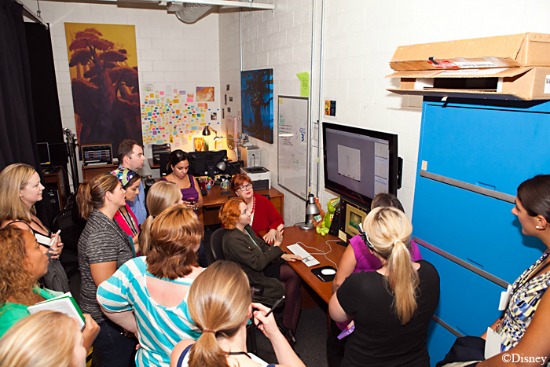 3. The ARL is a state-of-the-art facility with temperature controlled vaults (they are chilly).  You won’t see any sprinklers either, which would be deadly to the precious artifacts and drawings, instead, the ARL has a fire suppression system utilizing carbon dioxide to “starve” a potential fire. 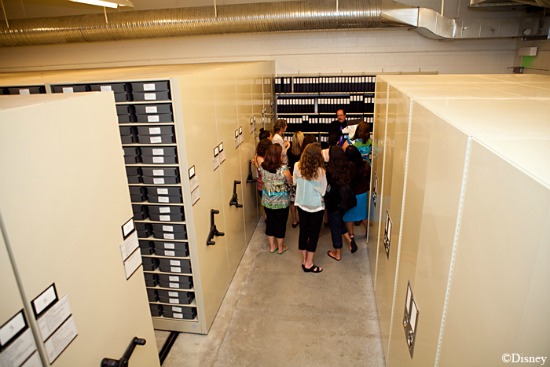 4. Their design team works its magic from inside ARL creating and designing Disney Artwork Exhibitions.  In this picture, you can see a scale model detailing each space, color, dimension, and artwork to be displayed at the exhibition entitled Snow White and the Seven Dwarfs: The Creation of a Classic, slated for the Walt Disney Family Museum in San Francisco  (Nov 15, 2012 to April 14, 2013). 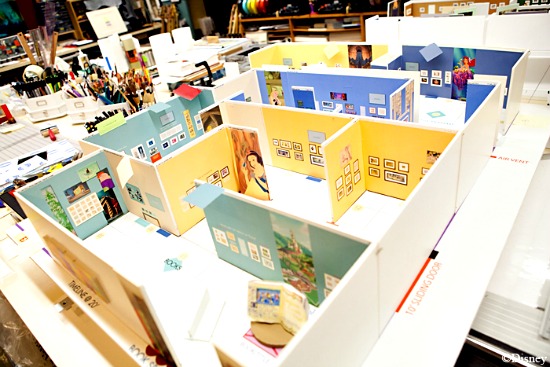 5. ARL is home to most surviving multiplane camera glass backgrounds. Fox Carney, ARL Librarian, told us there are not too many left, because many broke and many were reused. Ouch! That’s right! After a scene was taped, animators would clean the glass and paint a new scene.  Here is one from Sleeping Beauty. Amazing how the scene has kept its colors and quality. 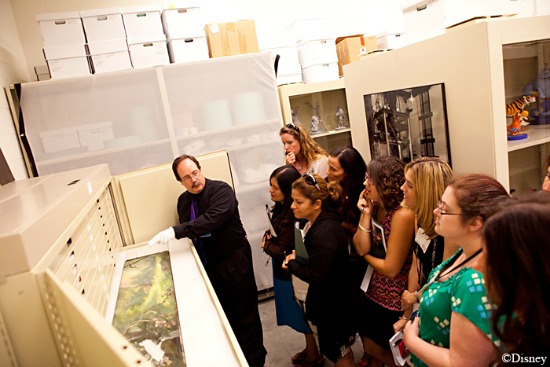 With the release of the Cinderella Diamond Edition coming on October 12, 2012, ARL was busy pulling out Cinderella artwork. This is where a lot of special features content comes from for Blu-ray and DVD’s. The ARL staff were generous enough to show us a few of these stunning drawings. Would you like to see them too? Enjoy! 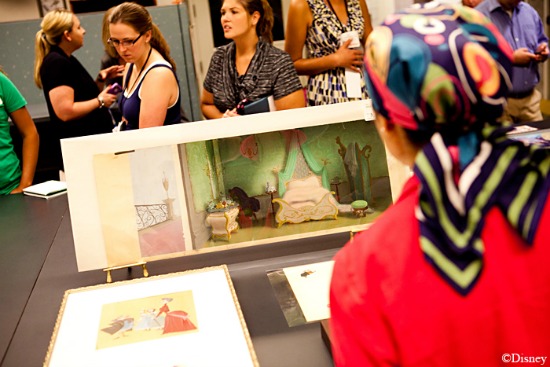 Lella Smith, ARL Creative Director, here shows us several Cinderella sketches and drawings of scenes used in the film, as well as first animations of Cinderella and her Fairy Godmother (looking much different from the Fairy Godmother we all know). 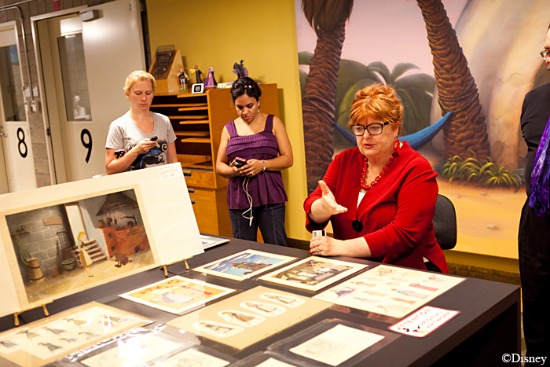 Finally, let me give you a mini-tour by way of two very interesting videos.  Have fun!

All pictures property of Disney. All rights reserved.

Disclosure: I was invited to an event at Disney Studios.  Food and accommodations were provided.  As always my opinions and my love for Disney are my own.

“Mama Latina Tips is a participant in the Amazon Services LLC Associates Program, an affiliate advertising program designed to provide a means for sites to earn advertising fees by advertising and linking to amazon.com.”
19 shares
wpDiscuz
2
0
Would love your thoughts, please comment.x
()
x
| Reply