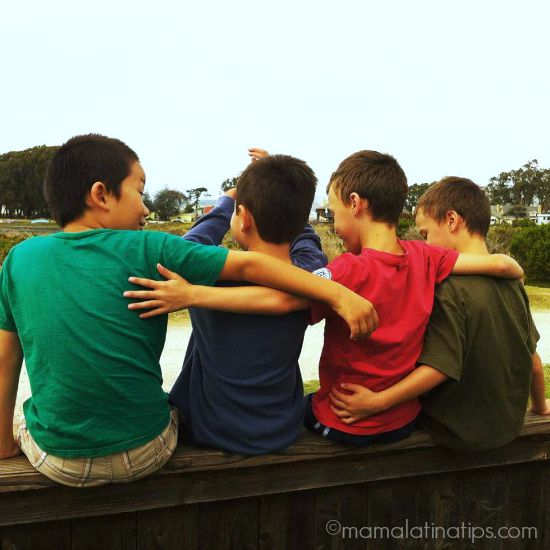 Thanks to the amazing folks at DisneyJr and DiMe Media for making this end of summer party and post possible. As always my comments, opinions, and love for all things space are my own.

Summer vacation is over now, but it wasn’t until we had one last chance to get together with some friends, celebrate our summer adventures, and blast off the new school year in a special way. We had a Miles from Tomorrowland themed party complete with space treats and test rockets.

Today, I have the coolest tip for you about an amazing contest. If you and your kids like real space rockets blasting off, you won’t want to miss your chance to win a trip to the Kennedy Space Center. I’ll let you know how, but first, here’s a quick mission checklist, in case you’re interested in having a Miles from Tomorrowland themed party of your own. 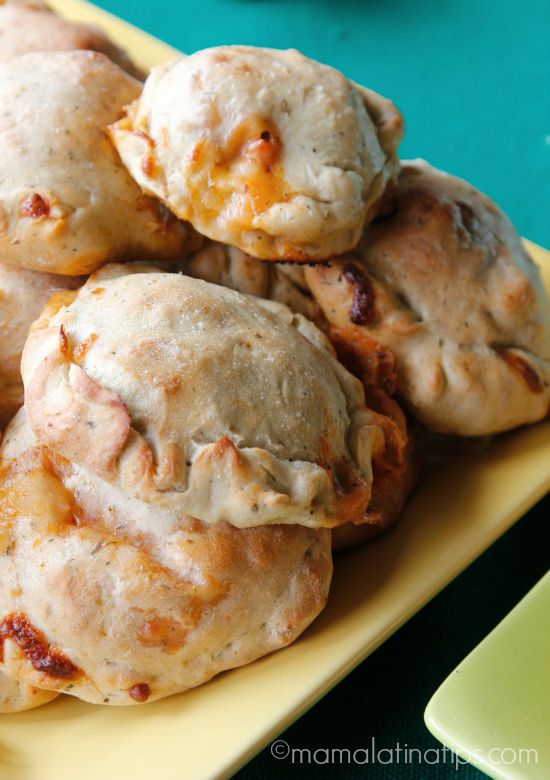 …the half-moons were vegetarian with basil, cheese and marinara sauce. 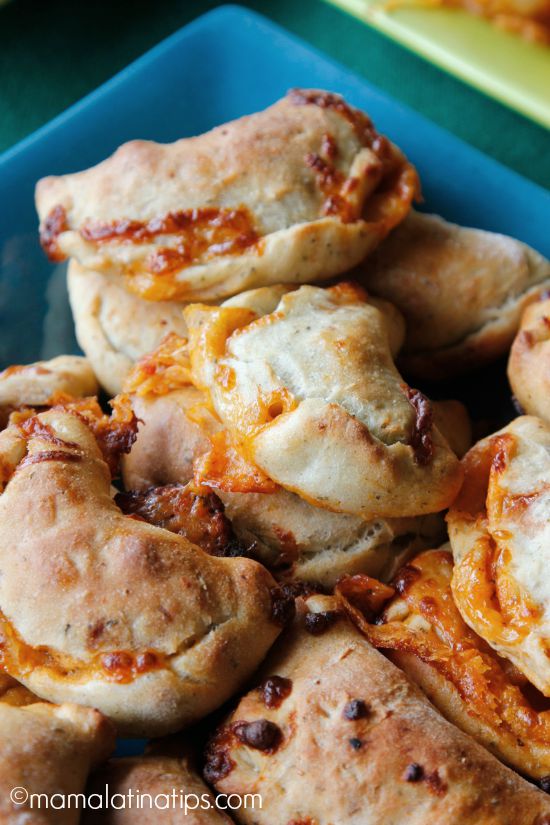 We enjoyed constellation cupcakes (here are two examples, the Little Dipper and Cassiopeia) as well as… 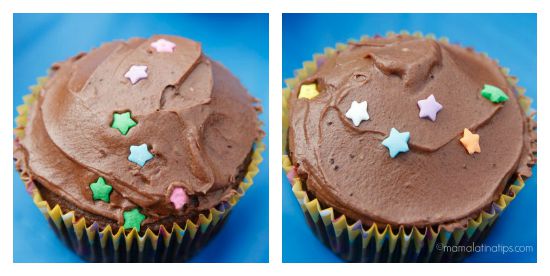 …fruit rockets made with watermelon, strawberries, and bananas. 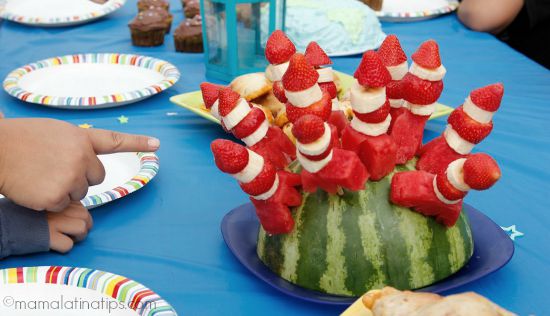 I made sure all the parents got a slice of this delicious mother earth cake, too. 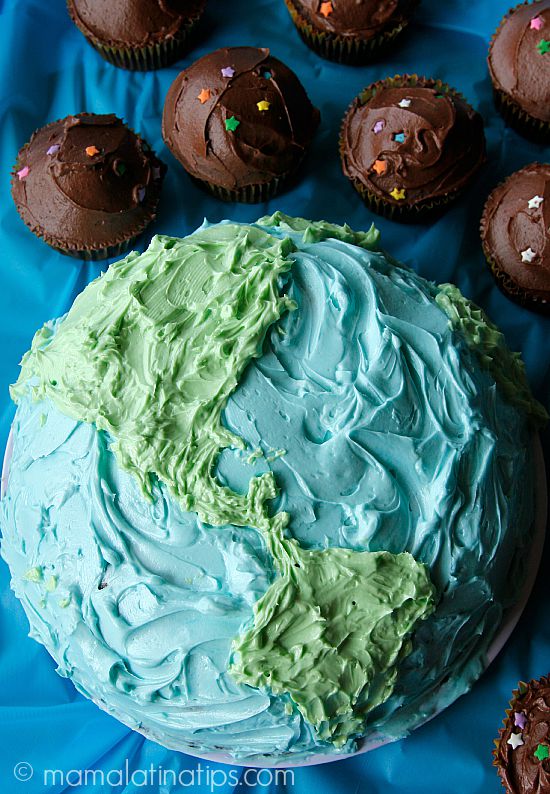 Next we made rockets inspired by DisneyJr’s Miles from Tomorrowland, and we took pictures of all our guests with their rockets, so they could enter on their own for a chance to win an amazing contest. The contest comes from DisneyJr and includes the chance to win a grand prize trip to the Kennedy Space Center for a real rocket launch! Why not enter for your chance, too?! 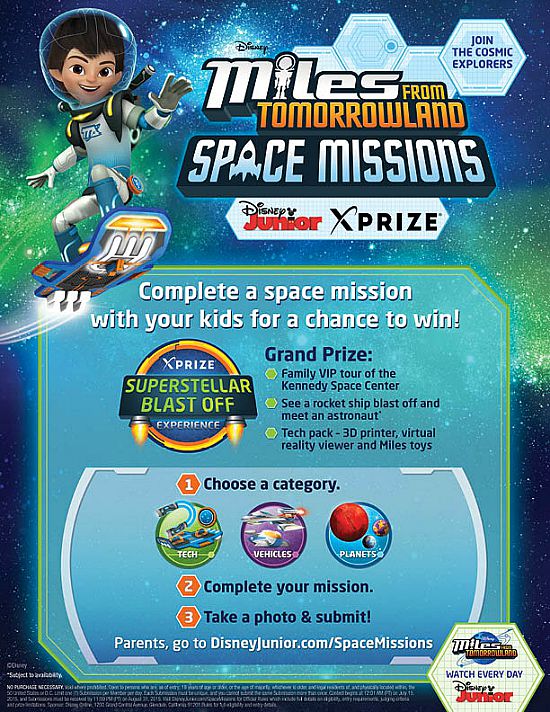 It’s so easy and fun to take part, I hope you will. Just go online to DisneyJunior.com/SpaceMissions and check out the fun tech, vehicle, and planet mission activities inspired by Miles from Tomorrowland. 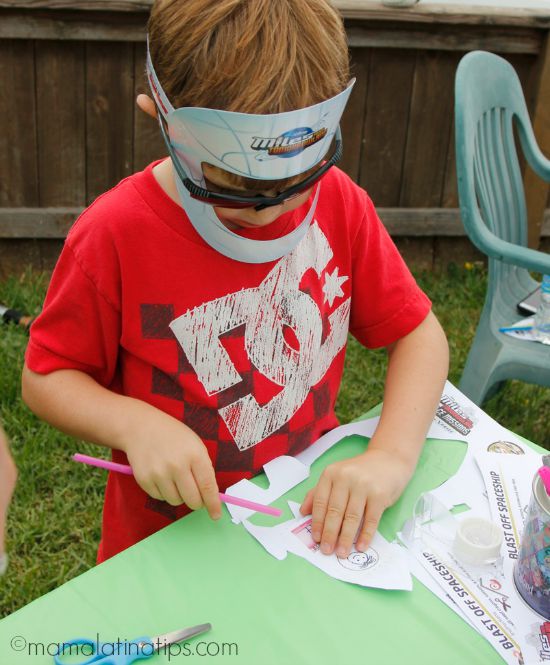 Then, complete an activity and follow the easy steps to submit a photo of your completed activity. That’s it, but don’t wait, the deadline for entry is Monday, August 31, 2015.

And one last thing: Be sure to Join Miles on his special mission to Mars on Saturday, September 19!

Celebrate the premiere of Miles from Tomorrowland: Space Mission Mars, a special new episode with a Disney Junior Twitter party. Grab your little cosmic explorers, some breakfast, follow #MilesFromTomorrowland on Twitter and join us as we tune in at 8:30 am EST for Miles’ latest adventures with his family. It’s going to be blastastic, with awesome prizes, so we hope that you’ll join us for some intergalactic fun!

“Mama Latina Tips is a participant in the Amazon Services LLC Associates Program, an affiliate advertising program designed to provide a means for sites to earn advertising fees by advertising and linking to amazon.com.”
Scroll back to top
270shares