Without a doubt, Finding Nemo stole our hearts and submerged us in a never-before seen, animated, underwater world teeming with life and color. But most of all, it introduced us to some of the most lovable characters ever, like the earnest and forgetful Dory, voiced by hilarious and talented Ellen DeGeneres.

So when Pixar and Walt Disney Studios announced years ago that Finding Dory was in the making, I could hardly wait! 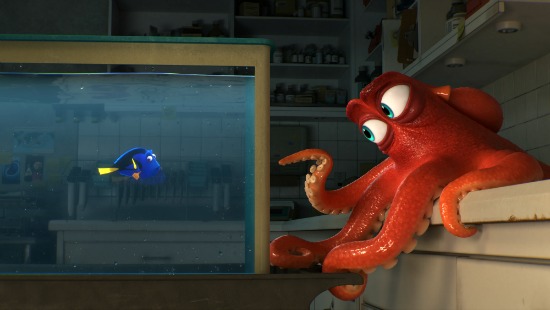 The wait is almost over now, and I’m very happy to announce that the Disney Pixar feature Finding Dory will be in theaters  June 17, 2016. Please join me on Twitter, Instagram and Facebook, as next week (March 7th and 8th), I will be chatting with Pixar and Disney filmmakers about the film from the magnificent Monterey Bay Aquarium in California, and sharing all the latest news about the movie.

In the meantime, check out the new trailer here: