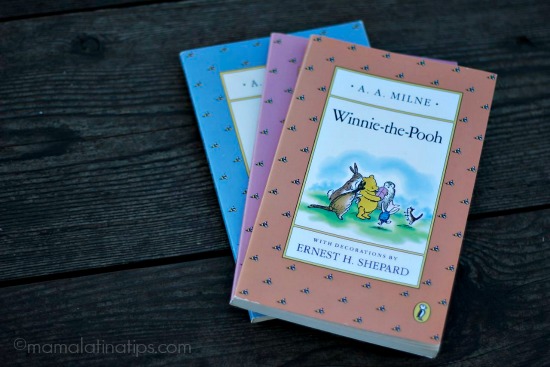 The day Alan Alexander Milne was born, January 18th, 1882, is now celebrated each year as National Winnie-the-Pooh Day. Better known to his readers as A.A. Milne, he created the “Silly old Bear” with the heart of gold.

Pooh and most of his friends were inspired by stuffed animals belonging to Christopher Robin Milne, the author’s son. Now cherished by children and adults all over the world, we celebrate the loveable bear on this day.

Each of my boys has had his own Winnie-the-Pooh since birth and, while a little worse for wear, they still are their favorites. I like Piglet very much and had the chance to do my own voiceover at Walt Disney Animation Studios back in 2011. 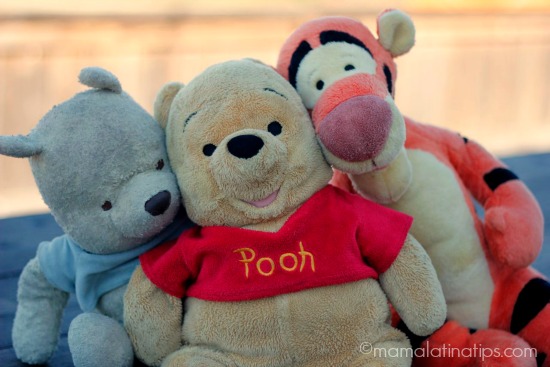 In honor of Winnie the Pooh and his special day here are 11 ideas for ways to celebrate.

2. Snuggle up as a family and read Pooh’s Library: Winnie-The-Pooh, The House At Pooh Corner, When We Were Very Young, Now We Are Six (Pooh Original Edition)

3. Watch the classic Disney film The Many Adventures of Winnie the Pooh and the Winnie The Pooh Movie.

5. Draw, paint, write a poem, or create your own story based on Winnie the Pooh

7. Find your own woods and go on a hike.

8. Dress your kids up like their favorite Winnie-the-Pooh character.

9. Make a special Winnie-the-Pooh meal (featuring honey, of course). Here are two recipes, one for adults, Honey and Grapefruit Ponche, and another for the whole family, Picarones with Honey and Fig Compote.

10. Tell your best friend how much he or she means to you.

11. Read one of the many books inspired by Pooh and his friends, like The Tao of Pooh

or the The Te of Piglet.

STEM ALERT*: A.A. Milne went to Cambridge University on a mathematics scholarship, the same university where Sir Isaac Newton studied and Professor Stephen Hawking still holds a position. One can only speculate on how his background in mathematics influenced his career as a children’s book writer, but before dismissing it as unimportant, consider that Lewis Carroll, another famous author of children’s books that includes Alice’s Adventures in Wonderland, was also a gifted mathematician who taught at Oxford University, one of the most prestigious universities in the world.

*STEM is an acronym that stands for Science, Technology, Engineering and Mathematics. Mama Latina Tips is committed to promoting interest in these subjects for all children.

Disclosure: Some of the links in this post are affiliate links.