Fans of the Marvel Universe, rejoice!

Marvel Studios’ Avengers: Infinity War opens in theaters April 27th. If you’ve seen the trailer, you know most every Avenger hero, from Captain America to the Guardians of the Galaxy gang, is in it. Can you imagine?

And thanks to Marvel and Disney, I’m thrilled to be walking the red carpet at the premiere in Hollywood next week. And what does that mean for you? Well, first of all, you can walk with me, virtually that is, through social media! I’ll bring you the latest from the premiere and more. Make sure to follow me on Twitter @mamalatina, Instagram @mamalatina, and Facebook @mamalatinatips so you don’t miss a thing.

Before it opens, if you’re not caught up on your Marvel films, you still have time to see them all before Avengers: Infinity War opens. To make your life easier, here they are in order, with links if you’re looking to purchase them (these are affiliate links, of course!):

If you’ve yet to see the trailer, check it out:

Also, while in LA, I plan to meet Victoria Alonso, EVP of Visual Effects and Post-Production at Marvel Studios. We’ll talk about her role at the company and the importance of STEM. Then, I plan to visit Disney’s Grand Central Creative campus to learn more about the new Avengers: Infinity War goodies. 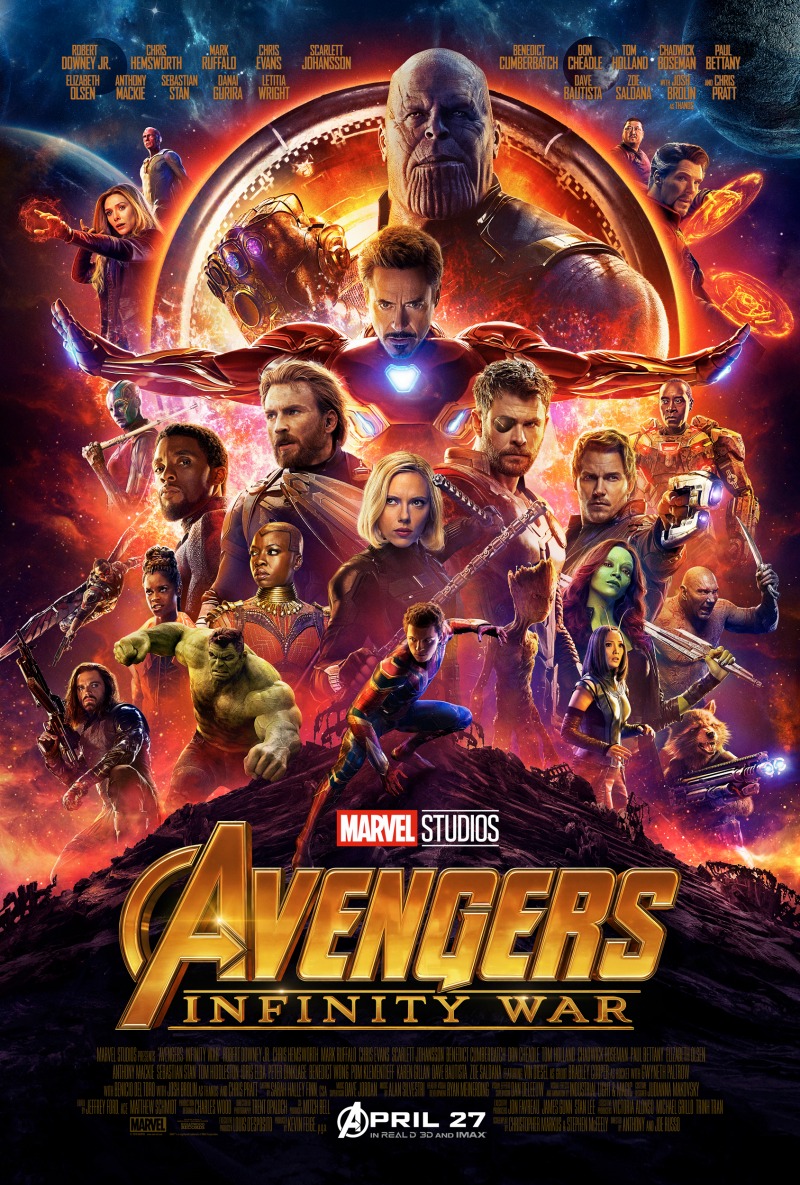 Here’s some quick insight into the premiere episode, which airs Thursday, April 26th, at 10:00 pm EDT on ABC. In “The Conscience Code,” Ryan and Alex recruit Owen and Harry to help rescue their friend and defeat the villain. To help the cause, Owen brings in former agent Jocelyn Turner (Marlee Matlin), who has her own dark past with The Widow. A whole new future lies ahead for this team when they agree to work together as an elite black-ops task force and the thrilling, heart-stopping adventures continue.

Now, this is your opportunity to ask anything you’d like to know about new Avengers merchandise, the Marvel Universe and Quantico. I will take your questions with me and do my best to get the inside scoop from the people who know. Feel free to reach out to me with your questions through my social media channels, or leave me a comment below.

Follow all the action from Sunday, April 22nd to Tuesday, April 24th using these hashtags: #InfinityWarEvent, #ABCTVEvent and #Quantico. Then, get more details at the end of next week here on the blog.