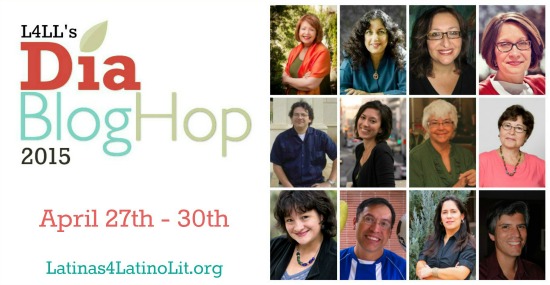 The 3rd annual Día Blog Hop is here and I’m pleased to announce Mamá Latina Tips is one of the blogger participants.

The 2015 Día Blog Hop was created by Latinas for Latino Literature to celebrate “Día del Niño, Día de los Libros” (Children’s Day, Book Day), and pairs bloggers with Latino authors or illustrators. The theme this year is “Immersion and Its Impact on Work and Life,” and each day from Monday, April 27th, to Thursday, April 30th, three different Latina bloggers feature three different artists. Today is the final day, but please feel free to hop to the other sites to meet all the participants. You can find the list and links at the Latinas for Latino Literature website here.

Now I have the distinct honor to present to you this very touching essay by today’s featured writer, René Saldaña Jr. Enjoy!:

“To immerse yourself,” simply put, means “to throw yourself into,” headlong, without regard, without a care in the world except to get done what needs to get done. My father, René Saldaña, Sr., is the very definition of immersion.

For as long as I can remember, he has worked. Hard. Harder than anyone I know. He has sacrificed everything—everything!—so that his family (a daughter and two sons, his wife) might enjoy a more comfortable life than his own. I recently learned that he started his first job at the age of 11. My oldest son, Lukas, is 11 right now. I can’t imagine him working at a paying job at this age. But my father did. The way my mother tells it, he managed a liquor store in Miguel Aleman, a border city across the Rio Grande from Roma, a town in deep south Texas. White Americans came into the store for a bottle or three of rum or tequila or vodka, paying pennies on the dollar compared to what they’d pay in the States. Unheard of today, to be sure, but my father, when he was the same age as my son was already a harder worker than I’ll ever be. One thing I’ve taken from him, though: that family is the one thing above all things worth throwing myself into, dedicating myself to them, wholly, truly, absolutely. Doing what it takes, for them.

Following is a poem that shows my dad passing on to me this idea of immersing oneself, getting it done without regard, for the benefit of those who matter most. 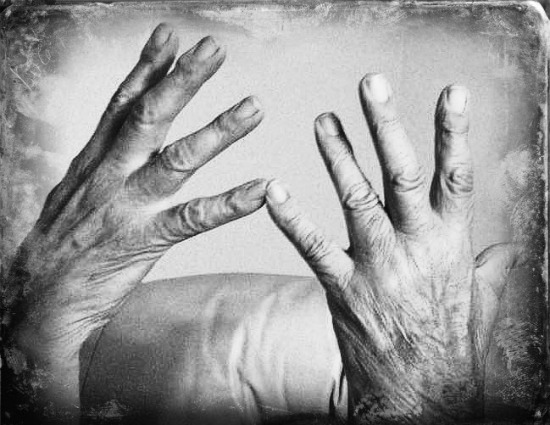 His knuckles caked with dirt. The back of his neck torched

Of blood born from the sun. On his work shirt,

The company logo and his name sticked on the chest,

It crumpled cozy in the corner alongside socks and pants.

Half filled with cold arroz and frijoles.

Has me crack his knuckles, pulling on his fingers,

But not farting like in the jokes of other fathers and sons.

His toenails yellow and brittle like cardboard from years,

Millions of them, working. Tonight lying on the floor

On his back resting resting. He’s got no time to play.

Thank you René for your proud and moving words and images.

René Saldaña, Jr., is married to Tina, and together they are raising their children: Lukas, Mikah, Kalyn, and Jakob. He teaches at Texas Tech University. His most recent book is a collection of selected and new short fiction called Heartbeat of the Soul of the World (Juventud Press, 2015). His next book, due out in the spring of 2016, is the fourth in the bilingual Mickey Rangel mystery series. This one, dealing with immigration, is called A Mystery Bigger than Big (Piñata Books).

“Mama Latina Tips is a participant in the Amazon Services LLC Associates Program, an affiliate advertising program designed to provide a means for sites to earn advertising fees by advertising and linking to amazon.com.”
Scroll back to top
17shares