This post is made possible by Latina Mom Bloggers and Univisión. As always my opionions, comments, and love for the time I spent watching telenovelas with my grandma are all my own.


A couple of weeks ago I mentioned how I have wonderful memories of sitting next to my grandma watching “comedias” (the word she used for telenovelas) when I was a girl. And I told you about La Malquerida, a story, by the way, that’s getting very exciting. Have you seen it?

Well, today let… me… tell …you… about Hasta el Fin del Mundo (Until the End of Time), a story about Sofía (Marjorie de Sousa), the oldest of three sisters, who takes the helm of the family business, The Bandy Chocolate Factory, after her father’s death.

Engaged to an ambitious man called Patricio (Julián Gil), who is using her as a stepping stone, Sofia feels an immediate attraction to Salvador (Pedro Fernández), a race-car driver who, due to some unfortunate circumstances, is working as her chauffeur. Sofía and Salvador will show us that, despite the obstacles, love is possible! 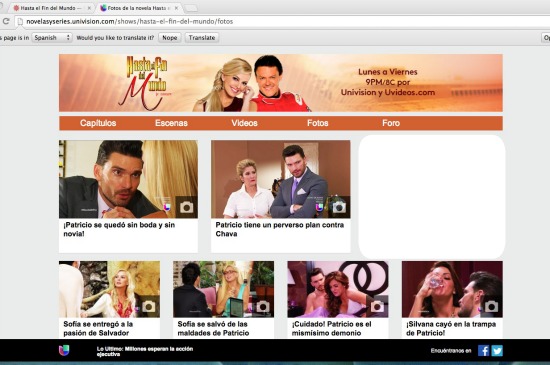 (I like checking the latest news, videos, and photos online at Univision.com)

If you are already watching the novela, in a moment, I going to give you a little teaser from an upcoming episode. And if you are not watching, it’s a good time to start. The great thing about novelas is, because of the way the episodes are woven together, after seeing just two or three episodes, it’s easy to be caught up and know what’s going on.

(Spoiler Alert: If you don’t want to know details about upcoming episodes now, scroll down to the asterisk*)

In the next episodes, Sofia’s love story changes. Her relationship with Salvador makes her feel her wedding with Patricio is not the right path for her. Salvador will not miss the perfect opportunity to steal a passionate kiss, one which she willingly accepts. Patricio, however, won’t be happy about this, as he realizes that this would slow down all of his plans.

So, the big question is, will Sofia finally be able to accept her love for Salvador?

*And get ready! on December 5th, a new face of love will arrive. Come back and let’s talk about it when you discover who it is! 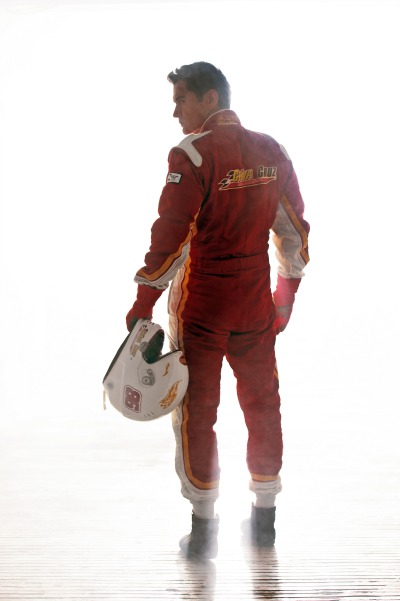