This is part of a sponsored campaign with the California Milk Processor Board and Latina Mom Bloggers. However, all opinions expressed are my own.

This post is all about being positive, even when you’re nervous and even if you don’t win an award. So I wanted to start by mentioning again that the El Maestro Del Vaso Medio Lleno’s Facebook page is a great place to get a positive start each day. They have a bilingual feature called a daily glass of #Positivismo where they offer a new positive thought nearly every day. Please check it out.

Now before I forget, here’s another positive thing. The Premios Juventud 2013 Awards show airs tomorrow night, July 18th, at 6 PT/9 ET on Univision. And I, for one, can’t wait.

Just thinking about all those nominees and how most, like so many, must have dreamed when they were kids about becoming famous singers and winning big on awards night. And here they are actually nominated and having the chance to win. Now that’s the power of positive thinking, eh ? 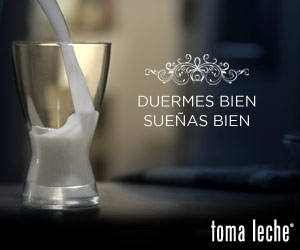 It gets me all pumped up: Thinking about sweet dreams of being famous and winning awards. That’s reason enough to listen to my abuela and have a glass of delicious milk just before going to bed, just as the nominees may have been doing on the nights they were dreaming of being famous, and it might help me to get a good night’s sleep so I can have those kinds of dreams, too, right?

Anyway don’t miss all the fun tomorrow night, and be sure to follow the whole conversation on twitter using these two hashtags #Positivismo and #PremiosJuventud both before and after the broadcast.

Which brings me to some very exciting news. I’ve been asked to give out another Toma Leche Positive Song Award to one of the nominees from tomorrow’s show right here on this blog, today! I always get a little nervous when I’m given this kind of responsibility, so last night I had an extra glass of milk just like my mom and my abuela always said I should, because they always said it might help me sleep better and wake up feeling more positive and raring to go the next morning. 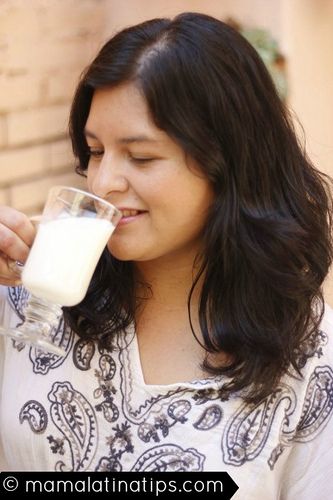 So here I am feeling positive, raring to go, and ready to give out the award. Are you ready? The Toma Leche Positive Song Award for the most positive song goes to ….

Pitbull featuring Christina Aguilera for their very positive and upbeat song Feel This Moment! Congratulations to them for giving us such a positive vibe in this song.

Here is the video right here:

I’d just like to say congratulations to all the nominees, all of you are winners in my book. And if you’re willing to accept a bit of advice, if your feeling nervous about the big day tomorrow, think about having a glass of milk just before bedtime, it just may help you sleep better and it just may help you wake up feeling a little more positive on the big day. Plus, starting the day feeling positive might help you feel the glass is half full, even if you don’t win the statue tomorrow.

There! I’ve said my piece. Good luck to all the nominees and enjoy the show, and don’t forget to join the conversation on Twitter.

“Mama Latina Tips is a participant in the Amazon Services LLC Associates Program, an affiliate advertising program designed to provide a means for sites to earn advertising fees by advertising and linking to amazon.com.”
Scroll back to top
4shares