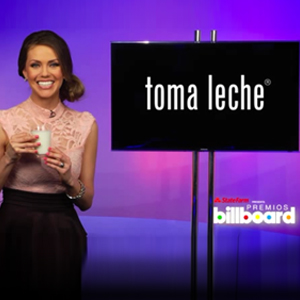 The Billboard Latin Music Awards are this Thursday, April 25th, at 7 pm ET/ 4 pm PT on Telemundo, and I can’t wait. You know I love music, as I’m sure you do, too, and this year’s nominees are amazing once again, Shakira, Maná, Jenni Rivera, Prince Royce, Michel Telo, Pitbull, Marc Anthony, Psy, Don Omar, Jennifer Lopez, and many, many more.

I like music award shows because they often have something extra special, an unexpected grouping or duet, for instance, that you won’t hear anywhere else. But I also like watching the winners reactions to their big wins, most nominees have probably dreamed of being famous singers since they were children, and the win often comes with powerful emotions.

I’ve been asked, and am honored, to give out an award called the “Toma Leche Positive Song Award” to one of the nominees right here, right now, on this blog. (They should give an award to the most positive song in the show, don’t you think? I’d be happy to announce the winner on television!) I was so nervous about making the right choice last night, I had two glasses of milk before going to bed. I usually have one because my abuela and my mom used to swear it would help me sleep better and wake up feeling positive, ready to face the day. I think they may have been right, because I did wake up in a positive mood today, ready to make my choice. 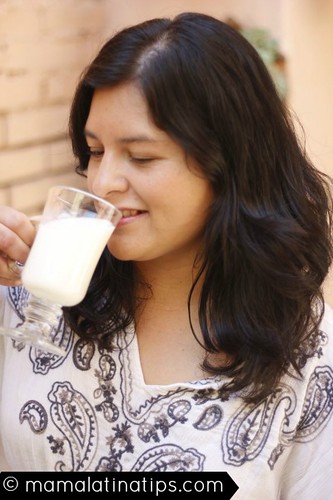 Ok, so without further ado, the “Toma Leche Positive Song Award” goes to…

……Prince Royce for his song “Incondicional.”

Just one last bit of unsolicited advice to the nominees. You should think about having a glass of milk the night before the big show, too. You just might wake up feeling positive, and, win or lose, might see the glass as half full. Which it is, because just being nominated means you’ve arrived, you’re hopefully living your dream, the dream which may have started just after having a tall glass of milk, and may have helped you have a better night’s sleep so long ago!

Don’t forget to tune into the awards show this Thursday, April 25th, on Telemundo to see if your favorite nominees win, and follow the conversation on Twitter, too, via the #Positivismo and #PremioLoNuestro hashtags before and after the event. And, if you want to keep the positivity going on a daily basis, check out the El Maestro Del Vaso Medio Lleno’s Facebook page here.

Grab a glass of milk and enjoy the show!!

This is part of a sponsored campaign with the California Milk Processor Board and Latina Mom Bloggers. However, all opinions expressed are my own.