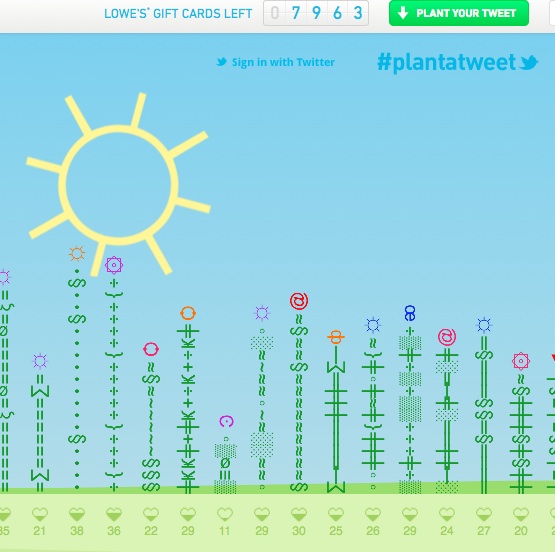 I have a tip for you! It’s not just fun, but cute, and you could win Lowe’s Gift Cards.  Here it is, it’s called Plant A Tweet.

Here are the details:

How to accumulate points via foursquare:

Now, in addition to virtual flowers, you can also plant natural flowers! As part of my last project as a Lowe’s Creative Ideas Ambassador, I planted a lot in my garden, so I know they have a huge variety (don’t forget to come back later to read and participate in an exciting giveaway!).  If you need creative ideas, I invite you to visit Lowe’s on Facebook, Lowe’s on Pinterest, or download the Creative Ideas Magazine on your iPad.

Disclosure:  I’m a Lowe’s Creative Ideas Network Ambassador. As always my comments and love for flowers are my own.