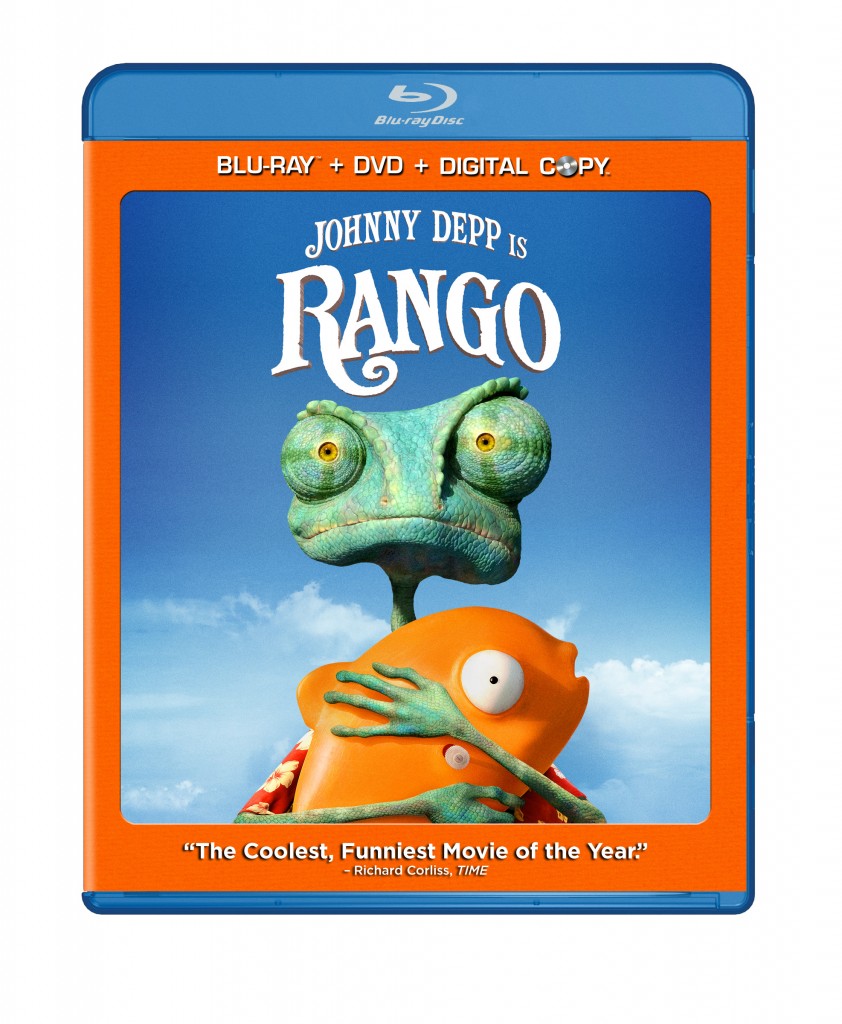 We didn’t catch it in the theater, so we watched at home, and now you can, too.  Rango is coming in Blu-ray/DVD this Friday, July 15th.   Rango is the story of a chameleon (Johnny Deep) living as an ordinary family pet who dreams of being a fearless hero and is challenged to become just that when he inadvertently becomes the sheriff of a lawless desert town called Dirt.  We liked the owl mariachi band!

The RANGO Blu-ray/DVD Combo features both the theatrical version of the film and an extended cut including a never-before-seen alternate ending, a two-part, in-depth exploration of the groundbreaking film making process, deleted scenes, a look at the real creatures of Dirt, an interactive field trip to Dirt and more.  Also it comes with a Digital Copy Disk for taking it with you and has audio and subtitles in English, Spanish, French and Portuguese!

Disclosure: I received the same product to facilitate my review.  My opinions are solely my own.